Next Time You Buy a Coffee, Say Thanks!

Remember all that nonsense about the debt? Doesn't matter what side you're on, the politicians have ALL forgotten who they work for!
Well, the CEO of Starbucks and 100 other companies are reminding them!

Heads of over 100 major companies have joined Starbucks Corp. CEO Howard Schultz in a pledge to boycott political donations until Congress and the president agree on a long-term debt and deficit plan, Schultz announced in a letter Wednesday.

"Remarkably, the initiative triggered a national dialogue and a groundswell of support," Schultz wrote, adding that in the 10 days since releasing his pledge, he "heard directly from thousands of concerned citizens and was astounded by the volume of support we received through calls, emails, social media exchanges and various other public votes of confidence."

The politicians are just plain out of hand and I would love to see the full list of companies if anyone can find it. I have some thanking to do!
“Integrity is doing the right thing, even when no one is watching.” ― C.S. Lewis

Interesting... Thanks for posting!

Excellent idea! My husband has frequent business in DC, and he is amazed at the views of those there who think they know what is best for the country, and that those of us living elsewhere are a bunch of dopes. Withholding campaign funds will get their notice well in advance of next year's elections.
****** Life is a Journey, not a Destination. ****** 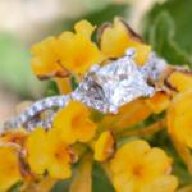 Typically I'm not the biggest fan of Starbucks as a company (eg. spraying your coffee beans with caffeine? really?), but good for them.

I'm sorry to have to disagree with you on this, iLander ( ) but he will receive no thanks from me. In fact, I think I will never step foot in a Starbucks again. Pete Peterson, Nixon's former commerce secretary, has spent $1 billion (billion with a "b") on deficit fear mongering in an attempt to kill Social Security (which has a surplus until almost 2040 BECAUSE the 1983 Greenspan commission made amendments to a) fix the immediate looming insolvency of the program and b) specifically took into account the baby boomer generation demographic). Every penny of that surplus is tax dollars WE and our employers PAID IN EXCESS for Social Security or interest on same. Social Security is paid for with dedicated tax dollars. It does not contribute one penny to the deficit, and BY LAW cannot pay benefits in excess of its own funds. Pete Peterson has dedicated his life to DESTROYING programs that we paid for, that are in surplus, that are popular with over 80% of the population including MAJORITIES of Democrats, Republicans, Independents, and Tea Partiers (for heaven's sake), and that people need to live, while at the same time, making sure that Pete Peterson and his ilk enjoy tax cuts, while complaining that they want more tax cuts for themselves and for corporations (many of which, like GE, Bank of America, and many others are paying ZERO taxes). Our "debt" is denominated in our own currency because we are sovereign in our own currency. "Debt" held by China, for instance, is denominated in US dollars. We can and do pay interest on our debt by fiat. We have a fiat system. We will NEVER not be able to meet our debt obligations, unless we simply choose not to, or unless we give away the sovereignty of our currency as EU member states have done (see: Greece). This is way more political influence than I want from people who sell me a cup of coffee.

I agree with you, though, that politicians, no matter which side, have forgotten who they work for. Yes, definitely. On that, you will get absolutely no disagreement from me. It's very discouraging that they've decided they can make back room deals, again and again, instead of letting our system of government work the way it was intended. I'm fed up with both sides.
S

Hi,
I believe that while there is enough money in the Social Security fund to go until 2037, the problem is that it is not lockboxed( which you hear about at election time). This means it goes into the general revenue fund and is included in the deficit spending that increases each yEAR. It is used for general expenses. This is why they always claim to need a reduction in costs of S.S. Until you keep a separate account, it flies away with all the revenue. I don't want to start an argument about social security, just a comment on how it is dealt with in the budget.

I agree with Howard Schultz. I expect if these people cannot do the function of Gov. we will see marches in the streets. What clown these people are--democrats & Republicans.
thanks,
Annette

Hi, I don't want to argue about Social Security either (lol!) but by law, at this time, it is not part of the unified budget. This is an important point because it's really the truth. At other times, by law, it was, but right now, it isn't.

BTW (just a general comment), Social Security Treasuries are as valid as any other US Treasuries, backed by the full faith and credit of the US. Nobody (emphasis added), not a government, not a bank, takes your deposit, paid in cash, and then takes the cash and puts it in a vault. Of course the Social Security money (and more government trust funds than I have time to mention) are converted into Treasuries and aren't held as cash. I'll say one more thing. Anyone who wants to know the truth about Social Security can simply read the Social Security Trustees' yearly report, or similar reports done by the CBO.

You're over my head again, on those topics. And I have absolutely no problem with someone not agreeing with me. Perfectly 100% fine.

My only thought was that it's nice that someone tell the politicians to cut the malarkey. The rest of it is beyond me.


asymons412 said:
Typically I'm not the biggest fan of Starbucks as a company (eg. spraying your coffee beans with caffeine? really?), but good for them.
Click to expand...

Just as a side note, Starbucks actually irritates me. I think their coffee is only okay, and it annoys me that they will toast my bagel but not butter it. Any decent deli will butter my bagel.

If you were in line behind a lady that was shocked to find her bagel unbuttered, and the cream and sugar not actually IN HER COFFEE, as requested, that was me.
“Integrity is doing the right thing, even when no one is watching.” ― C.S. Lewis

I also think it's awesome that such a huge company is sticking it to the politicians to do their jobs.

While I agree with Danny, though, I hope larger companies follow suit and hold donations until congress does what they get paid for.

What I don't like about Starbucks are the fancy names! Cafe expresso chocolate grande! Whatever happened to "a cup of joe"? LOL!

iLander, I just want to say one thing (and then I have too take the MIL sightseeing, at least she buys our meals, and she's gonna be buying us some gas if she doesn't want to be spending her day on the side of the road waiting for a tow truck, I didn't fill up the car yesterday and I can get to a gas station just barely, but not to the bank, lol! I couldn't afford to eat the way we've been eating- SO and she aren't spending a lot of money on anything, except food- whoa! Now I know why he "needs" every spice known to man even though each one cost $$$, and our food budget never lasts! But they both love to cook, so that's basically how we've spent the time) and this is what I want to say: corporations have their own interests, and we should be very careful, because the interests of corporations are actually very often not the interests of citizens.

I'm out of here, going to a beautiful mid 1800's Congregationalist church and state park!

While it is unclear to me from the article whether they are talking about Company-funded political donations, or personal donations on behalf of the CEOs, I am in favor of this initiative being expanded to all businesses, permanently. Big campaign donations from corporations have no place trying to sway policy in our democratic system. All the better if they withdraw them voluntarily!

Oh man.. I had a hard time with those too. For a long time I would only order a "tall" because that was the only thing I could pronounce!