May the Nice be with you!

Okay, I have a weird sense of humor. But ... perhaps some of you will appreciate this? One of my favorite authors, Rosemary Edgehill, has a trilogy about pagans in NYC in the 90s, one of whom is the founder of "Niceness Wicca" - in which she parodies inter-pagan politics and subjects random passers-by to Concentrated Essence of Nice, and parades around as the Niceness Fairy, all glitter bodypaint and wings.

May the Nice Be With You!
Nice Makes Right!
Niceness Rules!
Have a Nice Day!

This becomes funnier once you grasp that this is the most sarcastic character in the series (which is saying something), with the foulest mouth (this is really saying something). See, I'm Russian, and Russians don't really have a word for nice. We have good, horoshaya. We have sweet, sladkaya. We have pleasant, priyatnaya. We have ... well, simple, prastaya. But nice? Nu-uh. Foreign concept, literally. We just don't do nice.

But I love the character's attitude. It skewers the stupidity of passive-aggressive niceness where you don't really mean what you say, but butter wouldn't melt in your mouth, so nobody can call you on it: it illustrates how, alternately, even if you're saying something that will make a sailor blush with genuine goodwill and kind intentions, it can make a difference.

I free-associated myself into this one, so consider it a book rec. Bell, Book, and Murder - totally worth picking up if you like mysteries. And snark.
www.otherwise-engaged.com 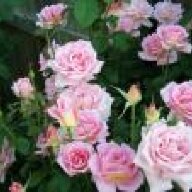 I read these years ago, when they first came out, and have fond memories. I wonder how they'd stand up to a reread? Hmm.

It always made me wonder how many of the characters were drawn from actual people she knew. I love me some good snark.

Ooh, I just added this book to my goodreads list.

It's a bling thing.
You must log in or register to reply here.
Be a part of the community Get 3 HCA Results
Jewelry Blog