ABC is running ads for its upcoming show featuring Diane Sawyer's interview with Jaycee Lee Dugard. It won't be aired for about two weeks, so we'll get plenty of reminders to watch... or not...

I realize that Jaycee Lee has chosen to participate in this interview. She's also writing a book about her experiences that will be released on July 12, and I'm sure the show will serve as great publicity for the book.

Even knowing that Jaycee is participating in this willingly - in contrast to the 18 years she was held in captivity - the whole thing feels exploitative to me. Maybe I'm just reacting to the medium? Television, including "journalist" interviewers such as Diane Sawyer and Barbara Waters, are a large part of our current cult of the celebrity. I felt some sadness when I heard she was writing a book, but I figured it was one way for Jaycee to address the public's appetite for more information about the captivity. Plus, in theory she's totally in charge of whatever goes into a book (though I assume the same is not true of her daughters).

By the way, Jaycee and her family will be getting $20 million from the State of California in a settlement reached earlier this year.

So what do you think? Am I being overly sensitive? Could/will this show serve a legitimate need? Is it merely harmless information or entertainment? Does anyone else think this show is unnecessary or exploitative or just a little bit creepy?
"If money can fix it, it's not a problem." ~ Tom Magliozzi of "Car Talk" 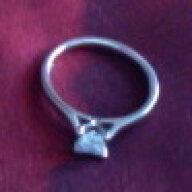 I think the settlement with the state of California is fair given how many chances they missed of rescuing her.

As for the book and tv deal, I do wonder whether it's unnecessary and a chance to make more money. I don't really think the producers are exploiting her; she seems to be going into it willingly.

What a very sad, sad story. I just read up on it, and it appears that the term "Stockholm symdrome" is part of the story. Yikes. Good luck to her.

Maybe she thinks the media will stop hounding her if she tells the story. There really is no amount of money that could compensate one for what she went through.

Maybe it's cathartic for her to get it all out and maybe it helps her to have others know the truth rather than speculating. I think she has a choice in this.
Sara

The most beautiful experience we can have
is the mysterious - the fundamental emotion which
stands at the cradle of true art and true science.
~ Albert Einstein ~
A

Yeah, me too. Its nice to say that she went into it willingly but we're talking about a woman who's mind was messed up for 18 years by a psychopath. I may be wrong but there seems to be such pressure on victims of these sort of crimes to come out quickly with a victorious public statement like the "I'm Fine' article in People awhile back reassuring everybody that despite everything that's happened to her, Jaycee is alright. If she actually is alright, well and good, but if she isn't, and that would be perfectly understandable given her treatment, then I think for her own well-being, it can backfire.

Her mind after such so many years of sexual abuse and manipulative treatment seems so vulnerable that I think discretion is the better part of valor here.

I also cant imagine that after that ordeal she is well prepared to go out into the work force, or even rationally and realistically consider what she would like to do with her life. Unfortunately she's been dealt this hand. Writing the book must have been cathartic.
When the people shall have nothing more to eat, they will eat the rich. 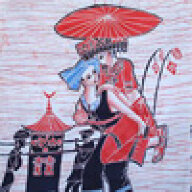 As someone who went to school with her as a child, I feel she has the right to let it all out. I know that many people are speculating how she is coping and I think this is a great opportunity for her to let them know. I bet it will be healing. She should not stay silenced as though she is ashamed. I am proud of her courage.

If this gives Jaycee some feeling of control or sense of taking her life back, then I'm in favor of it. I don't think I could watch it, but I'm for whatever helps her.

This brings to mind the story of Shawn Hornbeck, the 11 year old who was kidnapped and held for 4 years by a disgusting pervert and rescused only when said pervert kidnapped another boy. Shawn was reunited with his family and he looked like he was a prisoner or war when he went home--you had to wonder how his life was EVER going to get back on track. Two years later I saw an update on him--he had gone back to high school, undergone extensive therapy {along with his entire family} and seemed to be handling the trauma and living his life and planning for the future. He was said to have reached out to Jaycee when she came home. {PS re Shawn Hornbeck: I have warned my husband that if I eVER run into Geraldo Rivera or Bill Orielly in NYC I will kick them right inthe nutz becauce they BOTH said more than once that the poor, tormented sexually abused 11 year old boy never reached out for help because HE WAS ENJOYING HIMSELF.}

So Sorry for threadjack. I think Jaycee and her daughters will be fine.

I also think her tormenter is going to have a very interesting life in prison, to say the least.
cancel my subscription to the resurrection

Thanks for the thoughts, everyone. I think I was reacting to the medium as much as the message. Television (like the i-net) sort of has to fill 24 hours a day, 7 days a week - and I think that format has a way of fostering hype and exploitation (as in exploiting a story, not necessarily an individual.) After reading all of your responses I'm leaning a bit closer to neutral closer to neutral on the television "special" although I still have no desire to watch it, and I'd be a whole lot more comfortable about the thing if I ABC weren't pushing the show at every available prime-time opportunity. At this point I don't have an aversion to reading Jaycee Lee's (or more likely, the reviews and excerpts that will surely be published almost simultaneously with the book.)

My experience with this level of crime is shaped by having known two women who were murdered by their husbands, and one who was murdered by a friend. The point being, the victims had nothing to resolve as Jaycee Lee might. I also work with a close family member of someone whose murder made national headlines recently. In that case the family had no desire to be in the headlines, and I was glad for them that things were resolved in such a way that the story quickly slipped from the headlines and the blogosphere. You may be right though that for Jaycee Lee, writing the book and appearing on television (hopefully on her terms) may be a part of shedding the role of victim and reclaiming her control over this situation.
"If money can fix it, it's not a problem." ~ Tom Magliozzi of "Car Talk"

Very good point. In that case, she may prefer just to tell the story herself rather than have the media construct an image or story on their own.
Click to expand...

Yes--didn't that poor woman Charla {something?} whose face was ripped off by an out of control chimp whose owner treated him like a human decide to go on Opra and reveal herself because there was a bounty from the tabloids to see who could get the first picture and she wanted to reveal herself on her own terms?
cancel my subscription to the resurrection
You must log in or register to reply here.
Share:
Facebook Twitter Reddit Pinterest Link
Be a part of the community It's free, join today!
JEWELRY BLOG