I am so crazy about my new iPod, but holy cow I spending $$ like crazy downloading songs!

I know this has been discussed here before, but if you download from other sites, don''t you risk
importing a virus and such? Not to mention the legal issues.

What do the rest of you guys do? 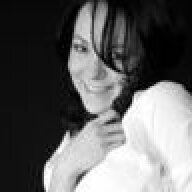 I download my songs from www.mp3search.ru. The songs here are a lot cheaper. You can buy an entire album for a little over $1. You do have to put an initial $30 in your account to start but it beats paying $1 per song.

FYI--Your files will not download directly to itunes. They will download into your music folder then you just drag and drop them to itunes. If you want to keep the pictures of the album covers its a little more work but I can tell you how if you''d like.

I''m lucky I got past iTunes, I am so stupid when it comes to doing things like this. My kids had to coach me through it.
I''ll show it to them and see if they can help me. Thanks guys.

I also use mp3search.ru aka gomusic.ru and my fiance and all his friends use allofmp3.com (all 3 of which are Russian sites and are currently being sued by American record companies...so they may not last for long). Same prices at all 3 sites...about $0.10 per song or $1.00 per album. I think allofmp3.com has the biggest and most current selections.

Second the allomp3.com. I was initially worried but have been using it for over a year now with no problems

I tried the gomusic site and it wouldn''t take my credit card. I checked the number several times and it kept saying it didn''t work. There isn''t any problem with my card, I''m wondering if my credit card just won''t allow me to use it in Russia? Anybody else have trouble with that?

My FI doesn''t understand how it''s legal... and I checked everything on the site, it all looks ok.... but can anybody give me a succinct answer to tell him to reassure that I won''t be sued for downloading music at 15 cents a song? (I think it''s gone up)

I''ve been using it for about 2 years now. I have a few friends that have been using it for longer and we are all ok. You may try a different cc or call the cc company and tell them you are trying to use it online for a website based in Russia. Maybe they can help you out. Sorry you''re having so much trouble

sumbride in the past i used paypal...i think this last time i used my cc.

as to how it works, i don't really know. i just have been using it for years. and i agreed to their terms of service or whatever which is 'purchase the song for private use only' which is i thought what all the legal hulabaloo is about...but if i recall correctly the american record companies don't like it because their artists get less for their songs...if you google you can probably find more info.
________________________________

It looks like Visa and Mastercard are taking the record companies'' side and won''t allow charges for those companies... so not fair. I''ll check and see if they still take paypal.

My fiance started using his Discover card to load money into his allofmp3 account. I also wondered about the legality of the sites, but apparently it is legal under Russian law to sell these songs and albums, so that means we are purchasing from a legally established company. These mp3 sites say they ARE indeed paying royalties to the licensing companies, so I believe that means these songs are NOT pirated. Phew!

So then my twisted justification for paying so little is, if I can legally buy an album from a CD store on sale for $1 then that''s sort of like I''m buying from a store that has a permanent "sale." Additionally, are there laws that we must pay a at least $0.99 for each copyrighted song? Maybe there is and I just don''t know about it...but I''m pretty sure there isn''t such a law.

How much of the $0.99 do the artists get from iTunes anyway? That $0.99 must get broken down so that iTunes gets some money, Apple gets some money, the record label gets some money, and the artist gets maybe $0.10. When you buy an actual physical CD, most of the cost of that $15 CD is due to the packaging. If there are 15 songs on there, then that''s about $1 per song. Perhaps half of that goes towards the packaging: photography, printing and design. The leftover $0.50 gets broken down so that the record label gets most of the money and the artist gets maybe $0.10 again per song.

I''ve heard that allofmp3 is suing Visa and Mastercard for not allowing transactions with their customers. Eeek.

FYI--Your files will not download directly to itunes. They will download into your music folder then you just drag and drop them to itunes. If you want to keep the pictures of the album covers its a little more work but I can tell you how if you''d like.

OMG...I have been fighting with mp3search.ru....I used like $2 of my credit and then was like FORGET IT! I''m going to try your way.

Just checking in...hope you got it figured it out!
A

I am so void of tech knowledge, that I consider myself dang lucky to buy songs from iTunes !

I will check out all your suggestions - but I will need help!

While the legality of these Russian sites selling to users outside Russia may be debateable, what they are doing is without a doubt unethical. From an article in the NYT last June:

>>AllofMP3 asserts its legality by citing a license issued by a collecting society, the Russian Multimedia and Internet Society.


In most countries, the collecting societies that receive royalty payments for the sale or use of artistic works need reciprocal agreements with overseas copyright holders, according to agencies that represent right holders.

According to Russia''s 1993 copyright law, however, collecting societies are permitted to act on behalf of rights holders who have not authorized them to do so. Collecting societies have thus been set up to gather royalties for foreign copyright holders without their authorization. Infringement cases have also affected foreign-produced software, films and books.

The result is that numerous organizations in Russia receive royalties for the use of foreign artistic works, but never pass on that money to the artists or music companies, according to the International Confederation of Societies of Authors and Composers, the umbrella organization for collecting societies. "These collecting agencies are thieves and frauds because they accept money while pretending to represent artists," said Eric Baptiste, director general of the confederation. "They play off a bizarre aspect of the Russian law that we are lobbying to change."
Full article at http://www.nytimes.com/2006/06/01/world/europe/01cnd-mp3.html?ex=1306814400&en=1b9a6516e44ba11e&ei=5088%22%02ner=rssnyt&emc=rss
CrownJewel wrote: >>These mp3 sites say they ARE indeed paying royalties to the licensing companies, so I believe that means these songs are NOT pirated.
Do you honestly believe that these companies are paying royalties just because they say they are? Without even doing any research about it, it wouldn''t make any sense to me that they could possibly have a business model that allows them to charge $1 for an entire album and still pay royalties to the artists. With a little research, one finds that Warner, Universal and EMI are working to shut down these sites, so they must not be getting the royalties they deserve. If people want to use these sites to save a buck, fine. But don''t try to rationalize it -- you should admit you are buying music off the black market and stealing from both the record companies and the artists.
~Maria D~