I want to propose to my boyfriend... I need some help!

I just found this site today and I thought it would be a wonderful way to help me sort out all these questions that I seem to have!

I want to propose to my boyfriend. I''m in college and definitely don''t have much money to throw around. This is probably the dumbest question ever, but, if I propose, does he wear an engagement ring? or would I? Also, does anyone have any ideas on cute proposal ideas for me?

I would greatly appreciate any feedback!

One of my guy friends was proposed to. He doesn''t wear a ring, but he got her one later. It depends on the couple, I guess.

I agree that it depends on the couple. I had been thinking over the possibilties and then realized that my bf would be crushed if he didn''t get to propose to me... i still might do it after he does though In any case, I did a search on it when I was looking and found all sorts of variations. One place (might''ve been the knot, I''m not sure) said that you shouldn''t propose to him with a ring or anything else unless you got one for yourself as well. Which there could be several different reasons for I suppose. You don''t have to get him a ring unless you think he would be comfortable wearing one. You could get him a nice watch or chain if he would wear either of those. You could really do anything that you see fit to represent the moment. It doesn''t have to be something he can wear.

Maybe you need to think of it in terms of, if he proposed to me, would he want to wear an engagement ring? And which hand would it go on? Some men wouldn''t feel comfortable wearing it on their left hand like a wedding band before they''re married. There are just so many variables since it''s not the norm.

So like I said before, I too think it depends on the couple. You should go with whatever you think it appropriate, and then you''ll be one more person those who want to propose to their guy can turn too!

You know your guy better than anyone else, you''ll find something great I''m sure. Congratulations on your upcoming engagement!
P

Guy perspective: I would be very unhappy if my girlfriend tried to propose; I''d appreciate the sentiment behind it, but there''s no way I''d accept the proposal (and keep in mind that I''m in the process of buying an engagement ring, so I''m definitely ready for marriage!). I wouldn''t say I''m old-fashioned, but I''m pretty traditional with that sort of thing, and I think most guys feel the same way.

DO NOT get him an engagement ring. You run the risk of hurting his pride/ego and as we''re a strange gender, bringing out some serious insecurities. Some guys would, right or wrong, view that as a threat to their manhood (for the record, that is not to say there''s anything wrong with guys wearing diamonds, rings, or both). When he proposes to you, if the two of you make the decision for him to wear a symbol of the engagement, that''s cool, but it''s not something to spring on him.

Second, if you''re only in college, give him time; many, many people prefer to finish college before worrying about marriage, even if they feel like they''ve found "the one" (count me in that group).

Why don''t you get the ball rolling by bringing up the idea of marriage to see how he feels about it before taking such a drastic step? Depending on your age, he might not have given a thought to getting married yet, and you might not get the reaction you''re looking for if you propose. It''s much better to find a way to bring it up casually to test the waters, let him know you''re on board, and give him a subtle hint that you''re ready for that step.

Date: 1/11/2007 3:26:16 PM
Author: pittsburgh66
Why don''t you get the ball rolling by bringing up the idea of marriage to see how he feels about it before taking such a drastic step? Depending on your age, he might not have given a thought to getting married yet, and you might not get the reaction you''re looking for if you propose. It''s much better to find a way to bring it up casually to test the waters, let him know you''re on board, and give him a subtle hint that you''re ready for that step.
Click to expand...

I agree with this advice wholeheartedly.

You might not realize it yet ... but the process of engagement & marriage is very different in real life than it is often portrayed in the media. Rarely is it a big spontaneous surprise where the subject has not been previously discussed or negotiated in some way.

It''s VERY HARD for us modern gals to give up some control of what''s such an important and looked-foward to aspect of life ... BUT ... we have to look at things from the guy''s perspective too & realize that they have expectations & an ego & their own "ideal" of how this thing goes down.


Why don''t you get the ball rolling by bringing up the idea of marriage to see how he feels about it before taking such a drastic step? Depending on your age, he might not have given a thought to getting married yet, and you might not get the reaction you''re looking for if you propose. It''s much better to find a way to bring it up casually to test the waters, let him know you''re on board, and give him a subtle hint that you''re ready for that step.
Click to expand...

Same here. I think it would be a big mistake.
M

being a male i wouldn''t want my girl to propose to me. its a pride/ego thing.

i reckon as they have said you should bring the idea of marriage up etc...

have you ever seen the Friends episode where Phoebe proposes to Mike and they''re at GM Place and the announcer starts making fun of Mike etc...imagine...

that''s the way i see it anyways.

Ultimately it''s your decision of course... But I thought about doing this some time ago, and when we started talking about getting engaged I mentioned it to him... He turned green.

The discussions paid off though! He proposed less than a year later.

im sorry but i dont think its a good idea either if you were to propose to him. i would think that he would want to ask you not the other way around....it may make him feel like less of a man in a way....since most guys usually do the proposing.....just my opinion
L

We decided to get married after several conversation and the deal was that we would both propose and exchange rings, each doing what we thought the other would like in a proposal. I ended up proposing first.

He chose his engagement ring and wears it on his right ring finger. I put together a photo album and tied his ring in the back. We went to pick pumpkins (it was Oct and he had never carved a pumpkin!!), then went for a walk along the river. Behind the library was a small but beautiful gardens complete with gazabeo overlooking the Main Street. We sat down and I gave him the photo album. Afterward we had take-away pizza and wine on my front porch.

I disagree with the others on waiting for him to propose to you. You know best what your own relationship can handle. Had my guy ever had an issue with my doing the asking first I would have dropped him on his arse. I don''t deal well with society''s gender roles and expectations.

Just come up with your own idea that suits what you think he would like in a realtionship and go for it!! 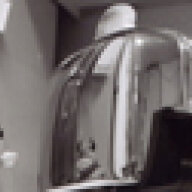 I think Pittsburgh66 hit the nail on the head.

I think of myself as being very progressive, and I''d feel really wierd about being proposed to and after thinking about it a while here is the reason why. The normal social protocol is for the guy to propose marriage, and it is the guy''s responsibility to recognize when a relationship has reached threshold (pun intended). To me, if a guy is proposed to it could be interpreted two ways 1) you are being modern and progressive (but since this is not a trend, I don''t think this is a viable expectation) 2) you have become impatient with him. But then I think I''m a bit slow at times... and if my wife had proposed Id have thought myself a laggard.

I don''t know a guy who is without insecurities, especially when it comes to women. Even if he never said it out loud, somewhere and sometimes he will always wonder "why did she need to propose?"

drop hints. even if he recoils, it is better than meloncholy.

I consider myself a fairly progessive person, but really, 99% of cases, a proposal from you to him would not go down very well. In my case, both me and my husband neither had a strong desire to get married, we knew we loved each other and were going to be together and anything more was a social convention. However after living together for 5 years, started feeling that it would be nice to make it official. Around that time he asked me what I wanted for my birthday, and I coyly said a ring. So, he bought me this a beautiful custom made rubellite ring, and I open the package and he asks me what I think, very proud of myself, and I have to say well its beautiful, but what I really meant was... Anyways around Christmas holiday that year he turns to me and says basically what the hell what do you say we get married? I know doesn''t sound romantic, but for us, it was our speed, and romantic. We went together to pick out the ring. I think even the most unconventional guy wants to have a say in it. I think it''s wonderful to declare your love for him, and to say I am ready to be with you forever, etc, but let it be his decision to "pop" the question of marriage. 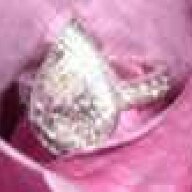 I dont think you should propose either--- I know my FI would have been really sad if I would have done that. They start planning long before they actually ask you and you dont want to risk ruining something that he has worked hard on...