how old does your something old have to be? 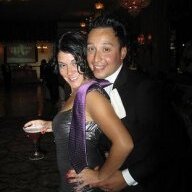 is vintage ok ? vintage meaning manufactured before 1984
Everything in life is just for now

Are you callin'' me vintage?!

I don''t think it really matters...as long as you consider it to be old.

I don''t think it really matters...as long as you consider it to be old.
Click to expand...

haha...this is a good question!

I lent my SIL diamond studs that I inherited early from my grandma for her something old. My grandma didn''t remember when she bought them so we figured that was old enough! I think as long as it''s not new, it''s old.

I didn''t have something "old" per se...so I just told everyone my something old was the diamond in my e-ring! Think about it, that thing is like MILLIONS of years old!

The "something old" represents the link with the bride''s family and the past, so it could be something you purchased for yourself, or something your parents gave you, or even a favorite comfortable pair of shoes you''ve had for a few years.
Melissa

"Ritual Bath
A ritual bath is a widespread custom in many European countries, especially in France. The custom symbolizes the purification of the bride of all evil influences - and thoughts of previous boyfriends - from earlier in her life.


The Dress
The first known white wedding dress was worn in 1499 by Anne of Brittany, for her marriage to Louis XII of France. Until that time, women simply wore their best dress, often yellow or red in color. In biblical times, most dresses were blue because blue symbolized purity. But in China and Japan the brides have traditionally always worn white. White is the color of mourning, which is thought to be appropriate as the bride is leaving her family of birth to join that of her husband''s thereby undergoing a symbolic death.

Since early Roman times, white symbolized a joyful celebration. In the twentieth century white stood for purity. Today it is a symbol of happiness.


The Veil
The wedding veil, symbolizing a wife''s submission to her husband, had it''s inception in days of old when a bride stood beneath a canopy to signify she was under the protection of her groom. It wasn''t white, as is the custom today, but was yellow in ancient Greece and red in ancient Rome. The veil originally symbolized the bride''s virginity, innocence, and modesty. This symbolism has been lost over the years but the veil is still customarily worn.

According to tradition, it is considered bad luck for the bride to be seen by the groom before the ceremony. In days when marriages were arranged they rarely saw one another as dating" was not a custom.

The lifting of the veil at the end of the ceremony symbolizes male dominance. If the bride takes the initiative in lifting it, thereby presenting herself to him, she is showing more independence.

In some Middle Eastern and Asian cultures, the veil was worn to hide the brides face completely from the groom who had never seen her. Only after they were married would the groom be allowed the lift the veil to see his new wife''s face.

Veils came into vogue in the United States when Nelly Curtis wore a veil at her wedding to George Washington''s aid, Major Lawrence Lewis. Major Lewis saw his bride to be standing behind a filmy curtain and commented to her how beautiful she appeared. She then decided to veil herself for their ceremony.

A young bride always wore her hair long and loose as a sign of her youth and innocence.


The Handkerchief
The wedding handkerchief is often kept and passed down from mother to daughter and from generation to generation. Early farmers thought a bride''s wedding day tears were lucky and brought rains for their crops. Later, a crying bride meant that she''d never shed another tear about her marriage. Today, we carry a handkerchief to dab away the tears of happiness and joy.

The Trousseau
Many brides-to-be think of their trousseau as new clothes for the honeymoon. Actually the word trousseau comes from the French word, trousse, which means bundle. The trousseau originally was a bundle of clothing and personal possessions the bride carried with her to her new home. The trousseau includes all of the new items for the household, as well as for the bride herself.


Something Old, Something New, Something Borrowed,
Something Blue, and a Silver Sixpence in Her Shoe.
This good luck saying dates back to Victorian times and many brides try to arrange their wedding attire accordingly.

Something Old represents the link with the bride''s family and the past. Many brides choose to wear a piece of antique family jewelry or a mother''s or grandmother''s wedding gown or handkerchief (see above).

Something New represents good fortune and success and her hopes for a bright future in her new life. The wedding gown is often chosen as the new item.

Something Borrowed is to remind the bride that friends and family will be there for her when help is needed. "Borrowing" is especially important, since it is to come from a happily married woman, thereby lending the bride some of her own marital bliss to carry into the new union.

Something Blue is the symbol of faithfulness and loyalty. Often the blue item is the garter. Brides of ancient Israel wore blue ribbons on the border of their wedding cloths to denote, love, modesty and fidelity. These are ideals still associated today with that color. Blue also denotes the purity of the Virgin Mary and is the most popular of all colors. In ancient Israel brides wore a blue ribbon in their hair to symbolize their fidelity

A Silver Sixpence in her Shoe is to wish the bride wealth. Some brides still place a penny in their shoe during the marriage ceremony.

This bridal custom is the most purely symbolic custom of all and its meaning has remained unchanged throughout the years. "
Melissa 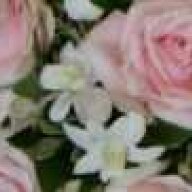 My something old was a ring my grandmother bought for me when I was 5 or 6, so roughly 1990. My something borrowed was actually much older! As long as it''s relevant to you, that''s really all that matters.

I just think if it reminds you of your past, and you feel it is old - rock it! 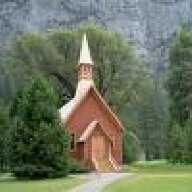 A Silver Sixpence in her Shoe is to wish the bride wealth. Some brides still place a penny in their shoe during the marriage ceremony.
Click to expand...

Silver sixpence in her shoe...or in my case, just a silver shoe.

Regarding something old, I think the definition of old is whatever you want it to be. I''m not even planning on doing the tradition, but I actually think I have all of them...

And did I mention silver shoes?