How do you feel about Denmark's new 'Jewelry Bill'

The law was passed in parliament by 81 votes to 27, with one abstention.

The passing of the so-called jewelry bill allows the seizure of valuables worth more than 10,000 Danish kroner (about $1,453).

Items of "special sentimental value" such as "wedding rings, engagement rings, family portraits, decorations and medals" are exempted, according to the Danish Ministry of Immigration, Integration and Housing. But "watches, mobile phones and computers" can be confiscated, it says.

Initially I was outraged.
But after reading the enormous cost of the astonishing benefits these people will be GIVEN by the Danish government I'm split.

The outrage should be directed at (and a big fat bill sent to) the F-ed up countries the refugees are fleeing. 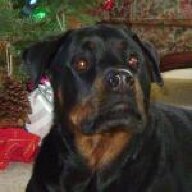 Good for them. Danish lawmakers voted and that was the outcome. Others should respect their laws or stay away......That's one way to build a wall....and an exit door of course.
"For the Son of Man will come with his angles in his Father's glory, and then he will repay all according to his conduct."

I don't disagree with it I guess. Is it fair if a refugee has a 2ct diamond necklace and is getting free food/housing? They could easily sell that and be able to pay for a good portion of that cost. It does say that engagement and wedding rings are exempt, so you could just set your diamond into a ring and say it's your e-ring.

The amount of refugees that have this amount of high value item on them seems somewhat unlikely, but I guess in the rare case it happens (I hope rare) then it seems fair. Denmark (and a lot of the other Scandinavian countries) do treat their citizens very well. They pay high taxes for that treatment, and a refugee or someone just getting on their feet isn't going be paying taxes right away.

they should just come here.
J

It seems unfair to invite someone to come, offer them all that stuff, and then take their possessions away, and they have no choice about the last two. Maybe they'd prefer to have less free stuff and keep their possessions. Has anyone asked them? I don't expect most of them want a free ride, anyway.

Also, haven't they lost enough already? Not been traumatized enough? I bet Danish citizens aren't subject to having their possessions seized. It's not the refugees' fault that their country exploded into anarchy. This is just another example of people who are traumatized and displaced through no fault of their own being treated as lesser beings. Isn't there a court of Human Rights in Europe that is supposed to protect against people being treated this way - i.e. having their human rights infringed upon? In this case, the right to not have their things taken away on top of everything else, and the right to have the choice about the free stuff versus possessions.

I'm surprised there isn't more sympathy in general for the refugees and more respect for what they have gone through, being forced to leave their homeland and native tongue, their homes and families, and enter a very unwelcoming West in order to survive. I know there have been some lurid headlines about violence from refugees, but that is only a small number of the total, and the vastly peaceable refugees shouldn't be tarred with the same brush.

Poor refugees. I cannot even begin to imagine what they have suffered. I wish I could give each of them a nice soft teddy bear and a cuddle.
~~~~Never be afraid to laugh at yourself. You might just make yourself smile!~~~~

I think if a country is welcoming refugees and giving them a chance at a good life and taking care of them re health, housing, food etc. then if they can afford to pay they should. IDK how I feel about them forcibly taking their jewels however as it conjures up pictures of the Jews fleeing the Nazis and losing everything in order to save their lives.

But if the person going to another country to make a better life for themselves has the means to afford the services they are receiving I do think they should pay. I mean what is the alternative? Drive up each person's tax even more to pay for the refugees who can pay for themselves? That doesn't seem fair.

Now if we are talking about people who are fleeing who have no money that is a different story and I would never want to turn someone in need away. But eventually I hope when they can get back on their feet and start a productive job they find a way of giving back to the community who took them in and hence become a giving and productive member of society.

Otherwise the system will not work and it would fall to pieces. You cannot keep giving things and services away and hope to survive forever. People have to give back when they can and want to give back because motivation fuels the hope for a better life.
“Until one has loved an animal, a part of one's soul remains unawakened.”
― Anatole France

I think there were other things in the Bill, such as not allowing asylum seekers to bring in members of their families for 3 years etc. The bottom line is that many European nations have been very welcoming to huge numbers of migrants- they are trying to find ways of making their country less attractive to these people.
You must log in or register to reply here.
Be a part of the community Get 3 HCA Results
Jewelry Blog