He talked about it!!! I''m so excited... and here lately I''ve kindof been dwelling on it in my head. To know that he has been too makes it all that much more exciting!!
I don't know anyone that can live without a place of enchantment to turn to - Marjorie Kinnan Rawlings

was he the one that brought it up too... cuz that IS EXCITING!

Oh, man, I LOVE it when SO brings up anything related to our future together. How exciting for you both!!!

Well, he kindof sortof did. We were talking about my friend B''s upcoming wedding in 2010 and he said " I''m not going to be able to invite my whole family to ours" I was like why not? He said he felt like it''d be a lot of people to have and we wanted our friends there too. I was like "I hate to say it but we''ll have to have a large wedding because you can''t not invite your family and neither can I" we have large southern families to say the least. Plus we want our friends there, they are the world to us. I told him that we weren''t settling for anything less than we wanted. I told him I want a nice wedding, outdoors (he said good), and I wanted everything to be perfect, even if we had to sell my horses for it. He asked who pays for what and I told him and I said but we''ll probably just have to have ourselves and families combine forces because my family really can''t afford it on their own (dad is going through rough employment period, mom had to take a pay cut and they''re divorced), and I wanted to be able to help with expenses too. He agreed. He said he wants to do it somewhere halfway too so neither family feels put out by having to travel across state, so we''re thinking somewhere outside of Orlando or maybe somewhere in the surrounding area... Daytona.... somewhere. I''m back and forth between something coastal or a garden scenario. That was kindof the end of topic, but it was exciting.
I don't know anyone that can live without a place of enchantment to turn to - Marjorie Kinnan Rawlings 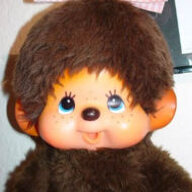 How funny, BF and I talked about weddings last night after watching a wedding show on WE. I love wedding talks, especially when the BFs seem interested!! So, exciting for you that he talked with you about it! How far off is your engagement?

DM - honestly we aren''t sure. It will depend on how well we do with savings this year, and whether we''re both ready. We haven''t put a time frame on it to be honest
I don't know anyone that can live without a place of enchantment to turn to - Marjorie Kinnan Rawlings
D

No worries. It is still very exciting! I am pretty much in the same boat as you. I like not having a time frame put on our relationship. When we first started dating (5 yrs ago) we both agreed 24 was a good age to get married, which means engaged at 23, but we''ll see. It was an age that has stuck with both of us, but we aren''t in any rush and would rather wait until we are both ready.