Grow your own diamond??? 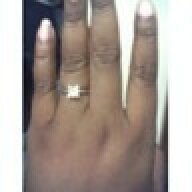 Has anyone else seen this article? Why is this considered like "revolutionary"

Heh, I read your post title and thought the article would be about something like the Apollo diamond (http://www.apollodiamond.com/ -> jewelry -> overview).

It''s probably only news because the store is making noise about it. I''m sure a number of jewelers do this but they just don''t agressively push it as a feature.

around here we just call them upgrade policies...and many people use them!

Whiteflash and GOG have the same policy. Thanks.
Skippy

Funny... I thought this would be an article on lab grown diamonds... I guess I don''t understand why this is news. Isn''t this very common policy with most jewelry stores?? Upgrade for something at least 40 or 50 percent more .. I thought this was extremely common?
A

Hmmm, I think it is just brilliant marketing. It will make people ask what is it about, then if they like the concept they may do business with the guy.

It can also be called preeminence. For example. Many years ago there was a beer company (sadly, I forget which one at this moment, sigh) that was on the edge of one of the great lakes. They grabbed up their water from a deep well, filtered it a bunch of times, yada yada, the same thing that all of the beer companies do. They made a big deal about it, grabbed a huge market share and every one else that jumped up and down saying "Hey, we do that too," were considered to be Johnny come lately''s. The beer company had become the "preeminant" water filterer and had a distict marketing advantage for making a big advertising deal out of what every one was already doing.