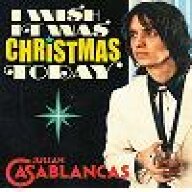 My heart is not dead. It's just really bad weather in my temporary head.

i can''t believe drexel, cal and syracuse didn''t get in. wow.
automatic bids really takes some kick out of the tourney.

it is still the best time of the year though

yeah, that and a selection committee who apparrantly doesn''t watch basketball games.

My heart is not dead. It's just really bad weather in my temporary head.
F

Hah! I thought about you and was going to start an NCAA thread! But, whose going to follow the NCAA that closely!

I think some of it - about the selection - is that the nomination committee took some real heat a couple of years ago. They did place teams that had a following & were exciting to watch. I think now they have to go on strickly record, whole season & placing in conference. How boring! The Wolfpack (NC STATE) has developed into an exciting & quite competent team with a coach whose played in the big dance & won. They also pack in the fans. Oh well.

They are a young team and there is always next year. Couldn''t make it down to Tampa this year; but, next year - Charlotte is doable!

I was surprised about Syracuse, Cal & Drexel as well. Good choices for good basketball. And, yeah - the automatic bids do take the kick out of the whole tourney. Sorry Fans!

One team to watch in the NCAA is VCU (Virginia Commonwealth Univ.) They have a great game coach, good talent & *think* they can win. They have to get by Duke in the first round. Duke is SOOOOOOOOO overrated & I''ve always thought they play dirty. Case in point, Tyler Hansbrough''s broken nose. He can still play great D - but his periheral shooting suffers. Last minutes of an already decided game & the Duke player purposely goes for the "hard" foul. Coach K has still not apologized or even recognized his player didn''t do anything wrong.