I feel like my constant obsessing over the proposal is starting to ruin it for my boyfriend. I feel like he isn''t excited, like I''m making it a chore for him. I really don''t want it to be this way. At this point, it is nearly impossible for him to surprise me - I''ve waited for over a year (we''ve been together 3+,) and I have a way of turning every potential situation into a proposal. I''ve let myself down over and over. Resentment has begun to set in, though some weeks are better than others. I''ll get moody about it and be short with him, and when he asks what''s wrong, I don''t lie, I tell him flat out that I''m just struggling with the wait. It''s not even about me, and more that I feel terrible for him. I have put so much pressure on him and though I try to not nag, it''s impossible to hold out for too long and not bring it up.

Is there even a chance he is excited to propose, or have I totally ruined it with my obsessiveness?

Im sorry youre feeling so guilty. I dont really have any advice but I think its great that you see what youre doing thats making you feel this way and trying to address it. I''m sure you''ll find a solution and I''m sure you''ll still be caught of guard when he proposes.
for the rest of my life I will search for moments full of you ♥

Are you sure he wants to propose? And what has he said the waiting is for. A year is a long time. Maybe you and he are not in the same place in your relationship.

I started bringing it up about a year ago, but knew I was more ready than he. Mid-2008, he opened a special savings account for the ring. I am confident that he very recently hit his "savings" mark and he very well could have already purchased the ring. He is moving in with me in May (he got a job in my city.) We have been LDR for 6 months but not for the rest of our relationship. We talk about marriage all the time and even set a date for next summer. I am just waiting now on the proposal, so there is no question about us being on the same page.
X

Hi Laugh I don''t think you have ruined it, my suggestion is maybe you could try to change your approach with him. Since you mentioned that you feel bad about how you act towards him sometimes, then its a good start for you to change your approach with him. Pls dont be upset with my suggestion. Also its a good thing to know that he opened a savings acct and you said maybe he already purchased the ring so try your very best to wait. Its probably easier said than done but maybe you could diverse your attention to something or a project that needs to be finish before you get engaged. I understand you because I did feel the same way with my SO before, not long ago there was this week where we discussed about the whole engagement and we didn''t agree and I somewhat resented him and before the week ended I told him how upset I was and he had no clue

. Then he we talked about it again and finally agreed on something. I laid my cards on the table (again) then he understood where I was coming from. I hope it wont be to long for you. (Big Hugs)

Well, I think it honestly goes to weither or not you''re on the same page. 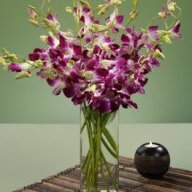 Laugh, it''s hard and I hope it helps that you''re not floating in that boat alone.

I''ve been with my BF 3+ years also and we started moving toward an engagement last Spring (so almost a year). But we had some financial challenges that we had to take care of first, that put a wrench in our plans. It wasn''t his fault or mine and it was frustrating because it was no one''s fault. But it''s funny, because these days getting engaged is all I think about too. I obsess about whether he will propose this weekend or this day or what should I wear just in case, etc. I''ve seen my ring, so I know it''s coming, and that keeps me going most of the time. But we also made a deal that I''d be engaged the next time I go visit my family which is in a couple months. And to try to take my mind off of it, I picked up a hobby, something to do outside of work to keep me busy.

For you, I''d suggest the same thing, although I don''t know your schedule and availability. Also, since you guys already talk about getting married next Summer (2010, right?), why not let it go until May or June. That way if you get engaged before then it''s just icing on the cake. But even if it doesn''t come until the Summer, that would still give you a year to plan a wedding. The thing we have to be careful of is misdirected anger and ruining the relationship for the engagement ring that we''re waiting for. Also, do you think he''d be open to talking about and setting a timeframe say between now and the Summer? Boys don''t understand that once the engagement conversation''s been had, it''s almost like it starts a countdown clock, and everything else takes a back-seat.

I think the key is to get involved in something outside of yourself or like I said earlier, pick up a hobby or new interest to take your mind off of waiting.
*****Soon to be Mrs. B*****

If you don''t know me, I am the WORST LIW in history. I am not kidding.

I jut asked my DH "when I was complaining about my ring every day were you still excited about proposing, or did that ruin it for you."

This is an exact quote from an email we just exchanged.
I would lay on the floor kicking and screaming... I''d sing songs about being an old spinster... I cannot even go into all the crazy stuff I did. I made sure he knew I was being tortured. HE KNEW. EVERYONE KNEW. When we would go places, like the vet, they''d get my info (we have his and hers dogs) and I said, well I guess put it under (my maiden name) cause he hasn''t proposed yet.

I was evil. and I guess we both thought it was funny!

Relax, he has the ring fund, you have a date... enjoy the ride! oh, and frequent rompings won''t hurt either.

I''m sort of torn about what advice to give. I was feeling similarly to you around June-August of last year. FI said that 2008 was the year and I waited pretty much all year (Dec. 22nd). At the time I was worried he was having second thoughts and I even broke down a couple of times, at which point he said, "Bia, you''re ruining this for not just me, but us...please stop," or something along those lines...I''m sure it''s in an old LIW post somewhere. Anyway, I had to let him do his thing. I was trying to control even though he had specifically asked me to trust him.

For that reason, I want to say, leave it alone. I could have easily ruined my proposal. Thankfully I had PS and the LIW. It helped me because I was able to voice my frustrations, but kept me from continuing to nag my FI. So, leave it alone. I got this advice and now I am giving it.

For that reason, I want to say, leave it alone. I could have easily ruined my proposal. Thankfully I had PS and the LIW. It helped me because I was able to voice my frustrations, but kept me from continuing to nag my FI. So, leave it alone. I got this advice and now I am giving it.
Click to expand...

Thank you all SO much for your posts. They really do make me feel better.

I will be the first to admit that my LIWitis is bad and that I need to stop. I have told myself I will not mention it again, or pout one more time (except I feel like I''ve said that before...)

My main reason for posting is that I am feeling guilty and like it''s "too late" to get back the surprise and excitement (from B''s side, not mine - I will be SO excited no matter what!) I don''t want to have already ruined this for him.

TLH - thank you for asking your DH what he thought!!! That is exactly the perspective that I am looking for - a guy who has been in B''s position. I almost called a good guy friend last night to ask him, "what does a man think when his girl friend continues to bring it up? Does he "enjoy" torturing her or does it make him delay?" TLH, I hope B finds it comical like your DH did b/c my biggest fear is that he isn''t looking forward to it anymore.

If any other girls want to ask their DFs or DHs for a man''s perspective, that would be wonderful!

Nonetheless, thank you all, you are great!

I don''t know if this would help, but maybe you could sit down with your boyfriend, and ask him if it''s making the process not fun for him. If he says it''s making it not fun, then maybe you could come to an agreement. Like he agrees to propose by X/X/09, and you agree to not do any complaining or proposal talk until it happens! That way you and him both know, it''s going to happen by that date, but it''s still a surprise because you don''t know when, but you can''t complain because it''s part of the deal.