Does anyone else fear catastrophic natural disasters or extreme weather conditions? Is it me (or Hollywood) that feels like the earth or some other natural force is out to get the human race? I am seriously scared of large earthquakes, tsunamis, and the like. Right now my city is on volcano watch and everyone is waiting. We would just get covered in ash so I am not talking about molten lava or anything.... but the ash causes a lot of problems too. And we have had a month of extremely cold weather and a couple of good shaking quakes so I am a little nervous. I just am wondering how others are feeling around the world.
THIS AGGRESSION WILL NOT STAND - The Dude

Though I am a huge fraidy cat, and my DH goes nuts about it. I hate travelling. The getting there part. I love VACATIONS, but am a nervous wreck until I am drinking my mai tai or pina colada.

I dont worry about natural disaters unless I am in a location where there is supposed to be one! (Hurricaines... GRRR!)

I am sorry you are worried, but those quakes might have just been you and your hubby...between the sheets

My MIL is like this. I dunno, every time I worry about something like that (which, admittedly, isn''t often), I remind myself that my odds of dying are higher when I get in my car to drive to work every day, and (strangely

) I find that reassuring.

You can''t let fears rule your life, especially fears about things you have no control over. I''d assemble emergency kits, maybe take some classes on first aid and/or emergency preparedness, but then accept that beyond that you have no control over these things, and bad things could happen at any time so its better to just focus on what is good in life and try to be as happy as you can.
A

I fear the economy more than I fear anything like that. Although after livng through the Northridge quake, I didn''t miss southern California when I left. I did fear earthquakes living there.

AK, do you love in Tokyo?

Thanks guys. I live in Alaska and we do have BIG earthquakes and a few volcanoes too. The Tokyo volcano is probably part of the "ring of fire" too. Mt. Redoubt is predicted to erupt soon. I worry about what the ash would do to my car, home, kiddo''s lungs, etc....
THIS AGGRESSION WILL NOT STAND - The Dude
M

I''m really into the whole natural disaster thing... watch lots of movies and documentaries on the subject. The increase in hurricanes, tornadoes, etc. is quite interesting to me.

I''ve heard that the inter-connecting fault lines in the Western US (where I live) are WAY overdue for a massive earthquake. We''ll see.
L

Although I can''t say I love a good natural disaster, I''m not afraid of them either. I tend to adore wild weather though. I lived in an earthquake zone and the only time we actually had an earthquake nearby, my husband and I thought it was a really big truck going by. But it lasted a bit too long. We looked at each other excitedly and said OMG, that was an earthquake! Cool! Then the girls came running down the stairs screaming... They weren''t as amused. And all of our earthquake preparedness went out the window too as we just sat there! Duh!

I don''t think I''d be very happy about a volcano. That ash is awful stuff, and hard to get rid of. I hope it doesn''t become an issue for you. I wasn''t aware Alaska was maybe expecting something like that.

Hey, AKMiss! I''m a little leery as a recent transplant to SoCal. Back home in NY, I was always aware of the possibilities for disaster, but somehow, I normalized them in my head. I had my little plan for "if I get mugged," "if someone breaks in," "if a horde of mutated giant rats attacks when I''m in the subway," and that gave me a great, though probably false, sense of control. Earthquakes and fires? Those, I don''t have so much control over, and somehow, none of my "plans" seems to hold any water when it comes to things of that magnitude. So I try to be reasonably prepared, and to just - as awful as it sounds - not think about it. Because the alternative is paranoia, and that''s just no way to live, right?
www.otherwise-engaged.com

Every time we have a thunderstorm I get TERRIFIED of tornadoes!!
Cellophane, Mr. Cellophane shoulda been my name...​

I have an absolute phobia of earthquakes. It has less to do with movies and more to do with the vast quantity of art deco glass we own... at least most of it is boxed up in storage right now, in preparation of us moving... like it has been for the last two years! The 2001 earthquake cost us something around $10,000... irreplaceable stuff of course. And my DH almost lost a finger; he was using a table saw when it hit. So yes- I''m the one who jumps through the roof when a truck goes by and rattles the windows or something. There was an earthquake a few days ago at 5AM or something- thank god not strong enough to knock anything over.

my youngest son, he is getting ready to turn 12, is terrifed of extreme weather, i think that because of the coverage they have now a days has contributed to that, everytime any thing happens it is on every channel 24 hours a dayk, i realize that coverage is very much needed, but sometimes i think they go overboard

I am super scared of extreme winds and thunderstorms. My Casper really freaks out. I always fear one of the huge trees on my neighbors property will fall on our house. Their trees are massive. 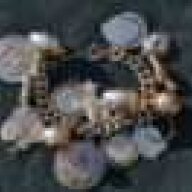 Ak, I totally understand. I live just outside of New Orleans and we all get pretty freaky down here ever since "The Thing". We were in Houston for 3 weeks with no idea whether we would have a house to come back to (luckily, only minor damage there) and the worst was that cell phone service was mostly non-existent for ages. It took me 10 days to reach my friends and family and confirm that everyone was well. Now I always have Plan A, Plan B......Plan X or Y when a storm is coming.

I also have an emergency closet with supplies which, I am the first to admit, is kooky. But for goodness sake, when our people were on their roofs nobody came! I just don''t trust in the gov''t to take care of us. Of course, we all have a little PTSD down here-and I didn''t loose my house or a family member.

Now that I have let you all in on my craziness, I have to say that I stock the emergency closet, keep a folder of relevant evacuation documents, am transferring all my photos to digital, etc. but the truth is that I don''t worry about it often. I do what I can do to be prepared and then let it go. The anxiety flares up once in a while but what works best for me is prayer and/or meditation. Hang in there.
Gayle 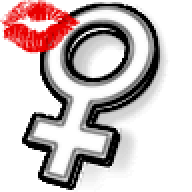 akmiss, I feel for you. I''ve never been afraid of storms, even living in tornado alley. Growing up, we always had a plan and a basement. We used to sit in the garage and watch the lightning over the corn fields.

Do you have a plan for the ash eruption? I did see that in the news. I don''t know how much of a "plan" there can be, but SOMETHING is better than NOTHING. And it might help in making you feel like you have some control.

That was the secret to helping my son with his fear - finding some control factors for him. We talked about it. He was hesitant to talk but then admitted he felt better after he did. We made and practiced plans.

I guess the guts of it - is knowledge and preparation.

I get all freaked out after watching movies about natural disasters (like Deep Impact or Armageddon), but otherwise it doesn''t worry me much. I live in a place where the only natural disaster we have is fire in the summers.

Yes, I''m totally paranoid! My house in in a high fire risk zone. When we bought the house I didn''t think it would bother me. Now I freak every time the humidity drops and the wind starts blowing. I also freak out when we have earthquakes. Or when it rains too hard. My new fear manifests itself when I''m at the beach. What if there is a tsunami?!?!?! Yes, I''m working on my issues...

Thanks everyone for your support. I seriously am trying not to think about it. I have breathing mask, air filters, extra food and water so everything should be just fine. Thankfully, Alaska doesn''t experience hurricanes or tornadoes 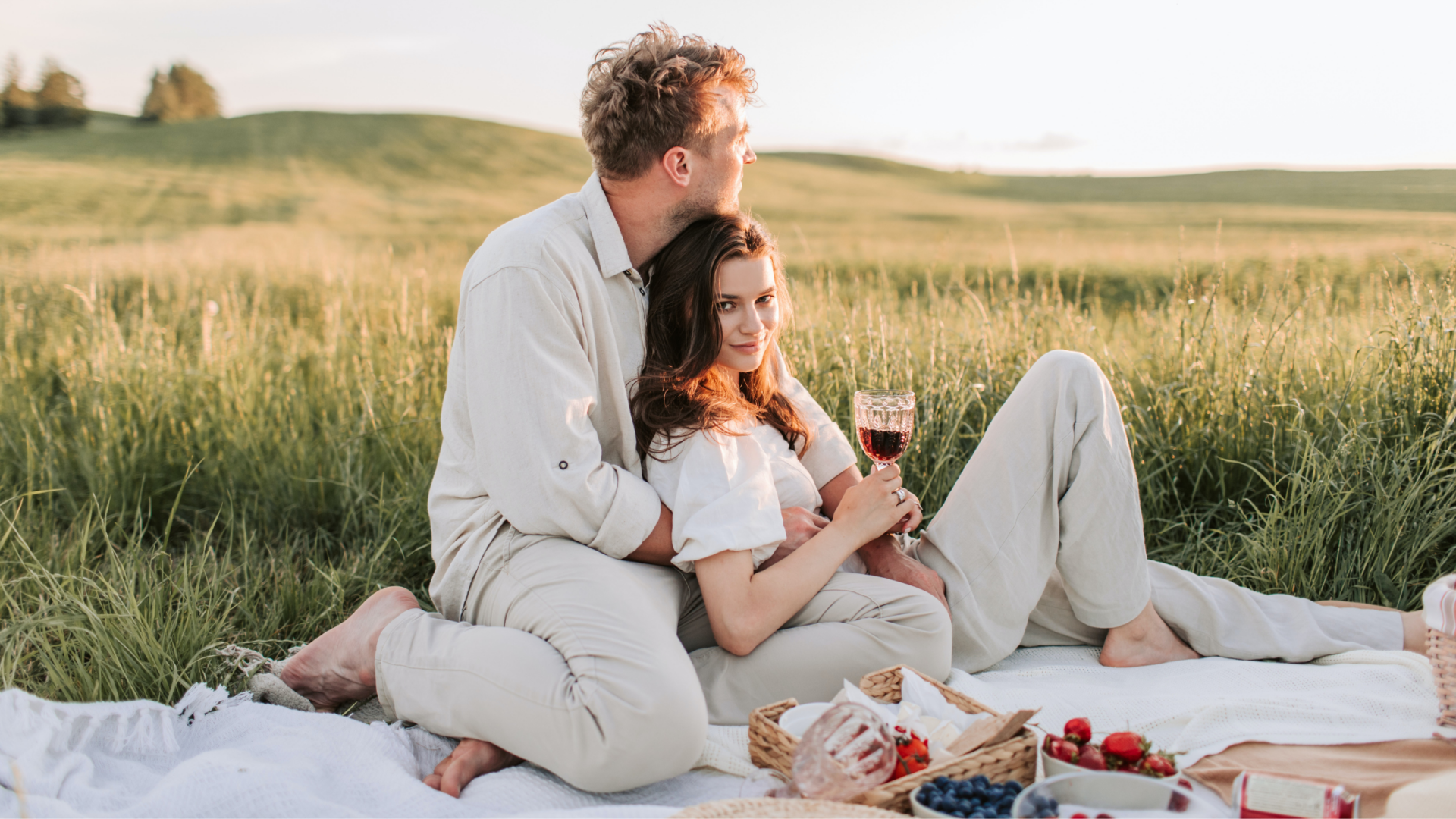