Excited to give DH his Xmas gift!

I''m a big old dork, and such a kid when it comes to Xmas. My DH is hard to buy for & he doesn''t like me to buy him stuff that is too nice because he''d rather spend $$ on me, and he travels for work, so he''s lost an expensive watch I gave him, his iPod (but the hotel fed exed it home to us *phew*), a nice pair of shoes, his Coach belt, so as you can see, I''ve given up on expensive gifts for him.

He''s a corporate guy at a heavy equipment corporation, so while he''s Mr. Professional...he has to wear rugged clothes because he winds up on huge pieces of equipment all the time. (I swear, such a great job, he loves it--its the equipment) So I can''t even buy him nice clothes for work, because they''ll get trashed. He does keep nice clothes for home when we go out, but that''s no fun to give to a "guy''s guy".

So, since he travels (and is sad because he might get to play with his PS2 for an hour a week) I got him the new PSP & the Madden 07 game. (he only likes the sports games). He doesn''t get a chance to play at home because he''s not a TV junkie & would rather work in the yard or spend time with us, but he gets bored in his hotels, so I thought this would be a great gift.

Oh and I can''t wait for my son''s 2nd birthday next week. I was able to get an ELMO TMX when they first came out & its killing me sitting on it! I also got him an amazing train table & Thomas the Train & Brio set. Its KILLING ME waiting to give them their gifts! I buy early since I have my mom''s bday, my anniversary, my son''s bday & xmas all in the same week! EEK! So to keep myself from having a huge budget crunch in December, I buy most of my gifts in Sept & October. Its so hard keeping the secrets and keeping them hidden. I''m a bigger kid than my kid and can''t wait.
Divergrrl *************************** Don't be fooled by the rocks that I got....

Wow you have some great gifts to give out! And it sounds like you had a good time finding the perfect things for the "men" in your life.

The first fondle is free. (Posted just for you Monnie!) 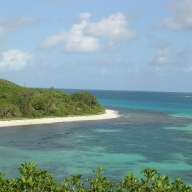 Great idea for your husband. You should have it engraved with his name and cell number so in case it gets left behind he might have a chance of getting it back again....