For years a relative of mine has made promises to do things with my kids. She'll say, "I'll take you here, or there. . ." sometimes naming a specific day, and then we never hear back from her. When she makes promises, she does so DIRECTLY to my kids and their eyes light up with excitment and I guess that makes her feel good, thinking she's making my kids feel good. She misses the part when we get into the car and the kids excitedly tell us about the day they're going to spend with the relative and the later disappointment when she doesn't follow through.

Over the years, my kids have keyed in on this, where they will be excited when she tells them and then they never really talk about it after that because they know it won't happen.

My husband has always said, do not call her. Let her call us. Often times, news will filter back to me that she made an appointment to get her hair or nails done instead (like a few years back when an Easter Egg hunt was planned).

Well, the NEW addition to this issue is my son has a friend who's mom does this too. She's promised to take my son to a movie, the zoo, to spend the night, etc. The problem is last week, she offered to take him to go skiing and even said she'd take him on a specific date (she did this while talking to my son and hers, so the kids were expecting this). Then she never called me to inform me when she would pick him up and all that. We just never heard back from her.

What am I suppose to do with these people? I thought it would be rude and confrontational to call and ask about the plans that were made. Doesn't ettiquette dictate that I wait until the person contacts me/my kids, since they provided the initial invitation? 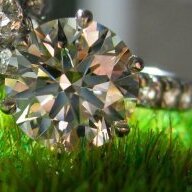 This is a tough one, and I'm sure everyone has their own opinion.

My stance on it is that 'in theory' your kids/you should wait for a formal invitation and commited plans before counting on anything. Much the same as hearing that someone is getting married, but then having to wait for the official invite before doing anything further.

I would use these people as opportunities to teach your children about empty promises, 'Hollywood invites' and the importance of follow-through. Give them ways in which they can recognize these things, and the proper 'etiquette' in response to these situations. i.e. "that sounds lovely aunt Mary. We'll wait for your call so we can finalize the details." etc. Polite, but equally as non-committal.
This is what my parents taught us when we were offered 'empty promises' by others when we were children.

Sadly, identifying these is a tough lesson to learn, but an important life lesson all the same.

As rough as it sounds, we all have people like this in our lives. As a matter of fact, I think Sex and The City even created an episode around it when Carrie and Aiden bumped into each other on the street and were bother like "we should get together sometime" and Carrie went on to narrate about how sometimes you make plans you know will never happen.

This is a great teaching opportunity like Mela Lu wisely pointed out. You can show your boys through a real life example that it''s really important to follow through on commitments because people often times depend on them. And I also 150% agree with how Mela Lu again suggested politely putting the heavy on whomever extended the invite.

oh gosh girls. Thanks. I don''t want to threadjack the attention away from the issue, but this one rang true for me as my parents did set SUCH a high standard of ''ethics'' in our house growing up. I''m due to have our first child in 7 weeks, and one of the things I plan on instilling into my children is the notion of ''honoring your word'', and doing as you say.

Anyways, I know it''s going to be difficult. The world today moves so fast, promises are made and broken all the time.