I''m new to this forum and am not married but will probably be getting engaged sometime this year(by the end of the summer). I love my boyfriend to death but I worry how we will work out when it comes to money once we are married. I grew up as a single child that pretty much got whatever I wanted within reason. My parents were not wealthy people by any means but I always had nice things and still do. My boyfriend grew up as one of 5 children raised by a single parent and was not accustomed to getting what I did so his values are slightly different. We have similar long term financial goals and our short terms goals are pretty similar as well, but when it comes to material possessions we are different. He''s content with going shopping at Old Navy and I am more of a Nordstrom/Bloomingdales girl. Like many women I love shoes and have a huge collection in different colors, types, heels etc. I simply love shopping. For example he doesn''t understand why I need 4+ pairs of black sandals. I can slow down with my shopping when we are saving to buy our first home etc. but I''m not willing to compromise on the types of things I buy. These things are not important to him but they are to me. He loves the way I look and is always paying me compliments, but I know he is not comfortable with the price tags. We both want to marry one another in spite of these differences. I don''t want to be the type of wife that is hiding purchases. I go to work everyday just like he does and will contribute just as much as he does; therfore, I think I should still have my shopping freedom without getting looks and questions. I am not irresponsible. My bills are always paid on time(usually paid early), I contribut a significant amount of money to my jobs retirement savings plan and I still save on the side. I live at home and am taking full advantage of it while I can, because I know marriage is a sacrifice and somethings you may be forced to compromise on. Has anyone else gone through this? If so how did you handle it and what was the outcome? Click on this link for an article from the NY Times today. It talks about this.

Well, this is a tough one. I have been married over 16 years and we still have "discussions" about it. Now, I do not make my own money, and I am not always reasonable about what I buy (between me, the house, three kids, etc...that is a lot of shopping!)

My dh was by no means from a poor family, but his family had up and down times due to what my father in law did for a living. My dh was told, you want a new bike? What is wrong with your old one? And, if you want a new one, you pay for it. So, he was not deprived, he had all he could need, but there was a definite sense of him not getting all he wanted whenever.

I had it a bit different, and was fairly indulged, though I was not a brat about it. But now, I do not think about spending thousands on an antique for my home, or buying an Hermes bag if I want one, and he just thinks I am cuckoo. But I understand that some things are overpriced, and if I want that item, I just have to suck it up and deal with it, if it is something that I really want to own. He is just a bit different in his approach, he loves nice things and likes to get them for me as well, but thinks I just do not always consider the cost of things or how insane it is to buy something unecessary and spend a lot on it to boot.

I think this is absolutely something that should be addressed, because money is a sore topic for a lot of couples and it is worth making an effort to be clear about things NOW.
****************************
"There is no such thing as fun for the whole family-there are no massage parlors with ice cream and free jewelry" Jerry Seinfeld

I am more of a shopper than my husband, but not excessive by any means. We have agreed that we can each spend XX amount of dollars each month without needing to discuss purchases if either of us is going to go over that amount we discuss the purchase. It''s a fair amount of money and it works well for us. I know someone else who does this but the amount is extremely low, it''s sort of ridiculous, so be reasonable about the amount set if you choose to go this route.

I really think there''d be far fewer divorces if couples would do one thing before they get married. And it is not only to talk about finances, it is to make concrete plans for finances after marriage in the form of a budget. Few people have such high incomes that they can spend an unlimited amount of money. So I''d recommed listing every expense you can think of: retirement savings, other savings (home, emergency, etc.), taxes, insurance, mortgage or rent, utilities, food, entertainment, car expenses, charitable giving, etc. Then see how much is left on a monthly basis. Then decide how much of that will go to each spouse as fun money to spend however the person wants. In that case, it is up to you whether to save your portion to buy something expensive rather than buy items of a lower cost sooner. The major thing is to never get into debt to buy luxuries and not to dip into funds alloted to other purposes. It is just very important to have a plan in place so that you can prevent problems down the road. 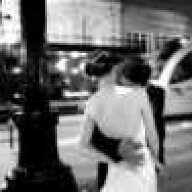 DH and I each have our own personal account and share one joint account. Prior to combining our finances, we worked out how much each of us made and the figured out how much our moonthly expenses were (bills, mortage, and extra for savings) and worked out how mcuh each person woukld contribute as a percentage of their check. So every two weeks a set portion of each of our checks is direct deposited in the joint, and the rest in our personal (this way if we work extra, the extra goes into the personal, more of an incentive

) BIlls and joint expenditures are pulled from the joint and our personal is used at our own discretion, with the caveat that any purchase over a certain amount we will let the other person know and discuss. THe spender has ultimate say, but at least there is some discussion. It''s worked great so far! i buy my nice bags/jeans and other stuff he thinks is unneccesary in relative peace and he buys his techie gaming electronic stuff i find unneccesary in relative peace.
C

gingerBcookie.....that sounds great. My boyfriend and I have discussed doing something just like that because it''s very important for me to have some personal spending freedom. I can cut back but some things I can''t give up completley...lol. The only thing I could see becoming a slight problem with this setup is deciding exactly what comes out of the joint account. For example do you each pay for gas for your own car out of your personal accounts or does that come from your joint account? Also do all clothing expenses come out of your personal accounts or do you have a portion of your joint account for clothing? How do you handle purchasing gifts for friends and family? What about personal credit cards. I have a Banana Republic card that I have had for a while and plan to always have since I love BR! Would I pay the bill from my personal account? Sorry for all the scenarios but I really want to make this work and I want to have all these discussions with him before we make such a huge committment to one another. I want this to be done in a way where I don''t feel totally stripped of what I''m accustomed to, but at the same time I want him to be comfortable as well.

My household finances is handled very much like GingerBCookie's: a joint for household, and each with our own personal accounts.

The household is really household only: utilities & telephone bills, mortgage, childcare, emergency funds, children's expenses, house repairs, lawn care and such. You get the general idea.

Personal accounts is for our daily personal needs as well as personal splash money: gas for car, car payments, car insurance, car repairs, clothing, personal credit cards (which are used for personal items listed here anyway), family gifts, work lunch and other meals etc. Basically, anything that is used by me only is paid by me. Sometimes, I pay for some joint items from my personal account if the bill is small because it isn't worth it to sweat the small stuff.
Sometimes the mind ignores what is logical because the person cannot accept the reality of what it is.
M

the way i see it is simple.

right now, as an unmarried guy in a relationship i spend money on certain things and always will.

i buy high end shirts. Lacoste polos and dress shirts that cost $325 and ties that cost $125 but once i have a wife and family that''s all going to change. am i really going to need all that or is it more important to dress my kids and provide food.

the high end stuff is although i will admit, worth it, bc of better material and the list goes on. the same with girls, as they know the quality of Coach purses.