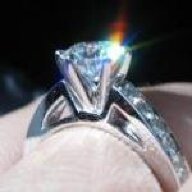 I am supposed to be having a relaxing midwinter break from school but I am having apartment issues. I came back from a weekend in Baltimore to find that my wooden dining area flooring has buckled up! Ack, cathedral flooring! I think it''s moisture from the balcony area outside causing the problem, but the maintenance guys aren''t 100% sure where the problem is yet. I am looking at about a week of torn up floors and rearranged furniture to deal with this.

Ugh... and I hate that there could be people here without me being around. I don''t like strangers in my place when I am not here. I''m going to have to lock the cat in the bathroom everytime I go out so the guys don''t loose him on the rest of the building. It''s just extra stuff I don''t want to deal with right now...

My ex-fiance'' has been popping up to cause minor drama here and there, and I don''t want to talk to him even though he still wants to maintain contact. He dredges up the past and I want to move on, and he''s been weird about us trying to maintain mutual friendships with people we know. I guess if he wants to be that possessive, he can have them and I''ll move along, but still... I hate having to keep dealing with his insecurities now, weeks after he is supposed to be gone.

Though most of the wedding stuff has been taken care of, I am having a hell of a time cancelling my jr. bridesmaid''s dress and will likely be out 180 dollars on an unwearable dress that will eBay for less than half of that original cost. I still need to decide what to do with my other things like the gown and shoes, I''ll go to eBay or Craigslist or something like that. I am not keeping anything from this event if anyone wants something!

I have multiple guys who want to date me in my new single status. I am dating only one right now, and though I feel it''s only fair to focus on one guy at a time, I am having what I call "smorgasbord syndrome" - too many choices, between Match.com and other people I meet. I want to be settled and happy, and yet I am having these bursts of flightiness that interrupt the peace. It''s great that I can afford to be picky and wait for someone amazing, but I don''t want to lead anyone on at the same time...

Finally, my biggest concern is that my mom started cancer treatments. She had a diagnosis of a rarer colorectal cancer early this year, and has since had surgery to remove the growth her doctors identified. She began chemo and radiation this week and seems to have a good prognosis overall from her team of medical professionals because things were found at an early stage. Even if things were fine between me and my ex, I wouldn''t have gone through with a wedding this summer anyway had my mother not been feeling well. She''s doing fantastically well at this time, but I still worry about her dealing with the side effects.

First, my thoughts are with you, your mom and the rest of her family and friends.

Second, I''m so sorry about your floors and the silly ex behaving badly.

Third, there is nothing flightly about dating around. Enjoy the single life and test waters, that''s what it''s all about.

Take good care of yourself!

Wow! You do have a lot on your plate!

Silver lining time... be glad you''re RENTING your apartment and don''t have to pay for those repairs! As inconvenient as it is to have to move everything around and lock up the cat, trust me when I say it''s far worse to have to find the contractors and the money as well. We have a leaky 2nd floor bathtub. It''s NOT easy.

My best to your mom... I hope things go well for her. There is no way to make that easy, just spend time with her as often as you can.

And dating... while it may be fun, just make sure, for your sake, that you''re ready to be dating. Even dating around can sometimes be harder on you than taking time to be single and heal.

Thank goodness you are renting......you should ignore the ex....have fun dating around, don''t try to settle down too soon--have fun....figure out what it is you want and then everything else will fall into place.....sending good health hugs to your mom 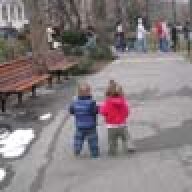 Also sending along good wishes to your Mom and to you!!

As for everything else ... when it rains, it pours (sigh)

I don''t have much advice for you other than to try to stay as positive as you can and to vent often if you need to - we''re here! Oh, one thing of advice that I do have is to definitely get that ex away from you right now! Got caller ID? Use it! Don''t pick up when he calls. Block his email address so his messages go right to your junk mail folder. Enough of you not responding, and hopefully he''ll finally get the picture!

Good luck with everything, Equ! And cuddle with your little Mad Cow often

I''m glad you took a little time to update for us, but I''m sorry about the bad news... My thoughts and prayers will be with your mother. I hope the issues with you apartment and ex can be resolved too. *hugs*

WOW you have alot going on. But you seem to be handeling it well. Just come here to vent when you need to. I know I''d be really angry about my "down time" being filled up with so many hassles.
"The big four; Diamonds, Sapphires, Chysoberyl and Spinel." said a PSer.

I wish your mom the best; lots of prayers her way.

I am glad you are dating!!! Whoo Whoo! You deserve to have some fun!

Sorry about your floors.
Skippy

Thanks for all the support, everyone. My floor is a dusty, splintered mess right now and I am supposed to have the guys returning tomorrow to re-install the hardwood floor. Apparently they decided that it was too important to let sit for a week. Good news for me! I guess the flooring issue was just the last possible straw right now, but after getting the replacement process started and getting things out in my last post I feel better already.

Thank you all so much for the well-wishes for my mom, too. She''s really doing well with all this so far. I don''t know how much of my personality or sense of humor telegraphs through my posts, but I am very much like my mother. "The apple didn''t fall far from the tree," as is said. Why mention this? I saw her today and went to her radiation treatment with her. Prior to beginning treatments, she asked me to buy her a ton of temporary tattoos. When I asked why, she said they were for wearing to her radiation treatments. If she''s gonna have her rear up in the air for them, she''s got to try and make it more bearable somehow.

So I got her about $20 worth of "a$$-tats" and she''s wearing them to the clinic, a different one every day, to much amusement for her and her nurses. I believe she went the purple sparkly heart route today... As she is putting on her coat, I look at her portable chemo pack strapped to her waist and notice a picture taped to it. "What is that?" I ask her, and she gets this sly little grin on her face. She turns so I can get a better look and... it''s a picture of a bottle of Captain Morgan''s Spiced Rum.

LOL A little wishful thinking, I guess. If attitude is as important to treatment and recovery as many people say, then she is going to be just fine.

equestienne, seems like you''ve been through A LOT in the past year or so. And it seems like you are dealing with everything really well...''

I wanted to respond to this thread you posted because I have a lot of experience with family members and colorectal cancer. My grandpa died of it (I never knew him--he died the year I was born), and my father was diagnosed with it shortly before our wedding in 2003. My dad has been through absolute hell because he simply ignored the symptoms until it was almost too late...he''s had most of his insides removed, replaced with muscle from different areas on his body, and wears a permanent colostomy bag now. He''s only 64.

Your mother is SO lucky she caught her cancer early. Bless her heart and yours...and it''s so inspiring to hear how she''s trying to stay in good spirits with those temporary tattoos....not too many people actually have a sense of humor about the whole thing. Myself, I have to go in for a colonoscopy next year because the disease can be hereditary (so get tested when I''m 30) and the only way I''ll get through it is knowing what my dad''s gone through.

I really hope that your mom will end up being cancer free and happy...I''ll keep her in my thoughts and send positive thoughts both your ways. Good luck to you!

Your mom has plenty of spunk, gotta love that. I wish her all the best!!!! And am glad your floors will be taken care of pronto!!!!
Piece of cake and a candle *** NG gift***

Sounds like your Mom is doing GREAT. A quirky attitude can get you a long way.

I just have to say, your mom is my HERO!! Rum!! A**-Tats!! HILARIOUS! I bet she spreads around that *magic* all over the place. Good for her. The world needs way more *magic*! I''ve never been as inpsired to wish a "stranger" well before!

I will pass the good vibes and well-wishes on to my mother, everyone. Thanks!

Hahaha, thanks Deco! I am not a stranger, I''m just strange!

No new bedroom stuff other than a little fake pot of white tulips and some little green and blue bird votives from Hallmark! I snapped a photo of the "rum pack" yesterday - enjoy!

equ, your mother is my HERO!!

Just to update, Mom finished her first week of treatments and is doing very, very well. She got her chemo pack finished up on Friday and will now be doing only radiation treatments five days a week for three weeks before the next round of chemo. She feels a little tired and says she wants to get more protein into her this weekend to counteract the way the chemo is making her muscles feel, but other than that, she is great! I am so relieved.

Hahaha, she said that she had Winnie the Pooh on her rear yesterday... Pooh butt! Pooh butt!

Yeah, I am so glad she is doing well and her spirits are high!!! Best wishes!
Skippy