Bought myself a MacBook! So why am I still using my PC???

Because I can''t figure out how to turn off the "voice over" feature on my Macbook, that''s why... a feature that I "turned on" only because it seemed like the only way to ''continue'' with the rather skimpy start-up tutorial ....

and I couldn''t figure out how to turn off the Mac in the voice over mode, so it''s still on while I get on the PC to surf over to the Apple site to figure out how to do all the stuff that they used to explain in the instruction manuals.

Remember instruction manuals? They seem to have gone the way of the dodo''s. Which is a good thing, I guess, for the world''s forests, but bad for those of us that get stuck in some endless loop that doesn''t get us anywhere near something they used to call HELP.

Breathing deeply. Feeling a little better. Still questioning my choice of a MacBook instead of a websurfing-only micro-computer and two or three custom-cut colored gemstones, or maybe that Cartier trinity rollling ring I''ve been lusting after, but hey -- the champagne taste runs deep, even to my choice of PC''s, especially after seven years of putting up with a Microsoft ME (as in *ahem* millenium edition) operating system, the last three or four years in limp-home mode. I figured that I deserved a little champagne.

I WAS patting myself on the back for getting a new computer before the old one totally croaked and refused to give up any of its precious files for tranfer to a new system. Now I''m just glad that I wasn''t so smug that I totally disposed of the old before bringing in the new, because if I had I''d really be in a pickle now.

Rant over. I''m off to the Apple website to look for help. Hoping fervently that they''ll let a mere PC cross the portals.
"If money can fix it, it's not a problem." ~ Tom Magliozzi of "Car Talk" 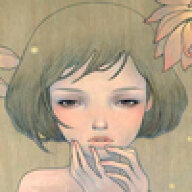 I''m not too familiar with MacBooks, but a quick Google search yielded the following solutions to your problem:

Go to System Preferences > Universal Access (under System category) > Seeing tab > Voice Over, and then turn it off

"It is only with the heart that one can see rightly,
what is essential is invisible to the eye."
- Antoine de Saint-Exupery 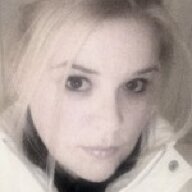 I want a MacBook so very badly!!! Ahhhh!!! I just cannot afford one at this point...

Same here! My old PowerBook is on its last legs but there''s just not going to be any money for a new computer for a long time to come.


VRBeauty, hopefully you''ll get this little hiccup sorted so you can get into using your MacBook. It''s a fabulous machine!

VRBeauty - if all else fails, there''s always the genius bar at the Mac store. Despite its (very) cheesy name, they are actually really helpful there, and they even offer classes to get you started on using your Apple PC or iPhone or whatever - might be a worthwhile investment of a couple of hours.

VRBeauty, hopefully you''ll get this little hiccup sorted so you can get into using your MacBook. It''s a fabulous machine!
Click to expand...

And how! Enjoy your new macbook--I love mine!
Coati, G.G.

Thanks all for responding to my rant. I'm off to try again...
"If money can fix it, it's not a problem." ~ Tom Magliozzi of "Car Talk"

Date: 3/15/2009 2:46:05 AM
Author: Lexie
I''m not too familiar with MacBooks, but a quick Google search yielded the following solutions to your problem:


Go to System Preferences > Universal Access (under System category) > Seeing tab > Voice Over, and then turn it off

Yup, that''s how you do it! I want to run away to a desert island and happily live out the rest of my days with my macbook. Well that''s maybe going a little to far...but darn it I love the little bugger.
PORRIDGE 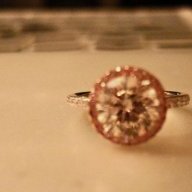 I dragged BF to the Apple store at 1 am last night!

I''m planning to get the silver/black MacBook next month. But I''m SO nervous about switching from PC to Mac.
Enjoy your macbook and please share all the shortcuts that you learn about!

Woohoo! I am replying from my new MacBook! I still feel totally lost, but it's nice to know I can handle the really important applications!

It took a call to the apple tech support for me to realize that the "mousepad" is divided and the bottom part functions as the "enter" key... where is that "dope slap" emotie? Anyhow, I'm working my way through the online tutorials and found out that I can get help at the Apple store (thanks for the suggestion, AmberGretchen) even though I bought my Mac elsewhere.

I'm still feeling a little sheepish for choosing my new computer in part on its aesthetics, but... I guess my love of bling isn't limited to gemstones. I'm also expecting that the operating system in this new laptop won't be deemed obsolete quite as quickly as the "ME" was.

Thanks for the suggestion for turning off the voice over function Lexie -- it did the trick! Gwendolyn, Coatimundi, and Porridge, thanks for the support! AG -- I will be taking advantage of the Apple Store's learning opportunities, just as soon as I figure out what I need to learn first!

Chiapet and Missjae, I hope you soon get the computers of your dreams!
"If money can fix it, it's not a problem." ~ Tom Magliozzi of "Car Talk"

I'm getting used to the macbook, but I do have another question for you apple users:

When I reply to a PS message, I get a different (and less functional) screen with the apple than I did with the PC. I tried a different browser (now using firefox) but it didn't do the trick. My "reply" screen looks retro and doesn't have the bells and whistles I had before. For example, if I want to quote another entry, it shows up with the <> type HTML code, rather than showing up in a colored box. Much harder to edit! I have to cut and paste the smilies, and I can't paste in weblinks etc as I could before.

I know this is petty, petty stuff. But getting the apple is supposed to be a step forward rather than a retreat to the past. I'm sure there's a secret to getting back to fully functional PS replies that I just don't know yet -- I'd appreciate any suggestions!
"If money can fix it, it's not a problem." ~ Tom Magliozzi of "Car Talk"

I use my MacBook with Firefox and when I quote I don''t get the quote up in blue either. Never knew that was different until I used the computers in college the other day. You will get used to it, I promise! You''ll never want to go back to a PC after using it for a while.

Yes PS is weird on Macbook, don''t know why. But that''s the only drawback I can think of, really! I looooove my macbook, had ot for over 3 years and it''s just been brilliant, I can count on one hand the amount of times it has frustrated me, and even then a restart fixes it! Never going back!!
PORRIDGE

Thanks, Bee* and Porridge. I''m not crazy about this quirk, but it hasn''t stopped me from posting!

If I happen to stumble on a way around this -- I am an eternal optimist -- I''ll let y''all know.

So on to a very important, very PS apple question:

What do you do to keep the computer keys a nice pristine creamy white?

Computer wipes! Mine are still lovely and white after all this time!
PORRIDGE