Ok so here is the story my best friend in the world just got her heart broken... and I need some advice. A little history on the situation.

They met when they were in their 2nd year of college and have been together ever since. Since college they have been doing the long distance thing. In last 3 years they have maybe missed less than 10 weekends that they did not go visit each other (4 hours away) Her bf was in grad school the past 4 years getting his P.hD - the last year she kind of put the pressure on him. She would be like buddy what is going on here. And than she would not be able to give up on them working things out. August of 2006 her father suddenly passed away. Before his passing they would talk about getting engaged here and there. But after the loss of her father it took a huge strain on her family and I think her relationship obviously. I feel that she has had so many issues with making sure her mom is ok. She is the youngest of 4 children but she is the one who pretty much takes all responsiblity on that her mom is getting out of bed, going to work, etc. She has not had much time to deal with the loss of her father because she is so consumed with making sure her mom makes it through the day. I feel that maybe her bf stuck with her because he couldn''t leave after her father''s passing. For the last year he pretty much told her that his feelings are on again off again. They are more like best friends than intimate lovers. That is how kind of see it. I had a relationship like this in college - he was my best friend, he knew everything about me and understood me like no one else... but I didn''t have that spark for him like he did for me. It was the hardest thing to breakup with someone you carried for so much but it wasn''t all there. I probably stayed in this relationship an extra year or so because I didn''t want to hurt him - he was my best friend. But I finally was true to myself and ended it. (very hard on both or us.) But this isn''t about me --- it is about her. I do know what she is going through but I was on the other end. I broke it off with him.

So what would you recommend me to do ... any advice. She still lives at home because she was planning on either moving out where he lives or him moving here and living together. She has put her life on hold in many ways for her mom and for her bf. (she is a good person - her family needs her but I think her being the emotional backbone of her family has been so overwhelming she needs a break.) 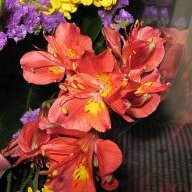 I was in a situation similar to your friend''s (replace a dead father with a dead younger brother), and my ex pretty much told me what your friend''s told her.

From the perspective if someone who got dumped by a long-term boyfriend that she believed she was going to marry, I would say be there for her. 7 years is such a long time. If she wants to rant to you about him, just let her. You don''t have to provide much input or anything. Also, sometimes your friend may think that she''s over her ex, and then she''ll suddenly find herself feeling really down and wants to talk about it. This will probably happen back and forth for awhile.

I think everything you said is great. I would just suggest be there for her and let her talk when she''s ready or wants to. If she talks about the situation with her BF, tell her what you told us. That you (or he or whomever) saw them as best friends and that is great, but she needs someone that will be her best friend and more and she will find that. This really is a difficult situation because her emotions are really torn between her family and now her BF.

Do you live near her? If so, is there a way to ''show'' her how to be more independent, like taking a ''girls day/weekend'' and help her to see the light in her future?

**Hugs** to you! You seem like such a great friend and she seems really lucky to have you there for support.

I think the best thing you can do as a best friend is to listen to her without judging her feelings. Also making time to get out and do things with her that are fun and can let her forget about her issues for a few hours.

When I went though a huge break up a few years ago, that is what a friend did for me. She would let me talk, and would invite me to group activities (concerts, art festivals, baseball games ect). It really helped a lot.

She needs time to heal and move on, the best thing you can do is show her you still care for her.

Three years after my breakup with someone I thought I would marry, I still need to talk to about it: boys, girls, sister, brother, professionals...

I would just talk to her often...she'll feel less lonely.

She's gonna feel however she feels...

Does she express feeling overwhelmed? Because, the way I see it, family is the one constant in your life.

I would simply be supportive. Things for her are clearly rough right now, and she needs to "feel her feelings" at this point. Eventually she''ll show you what''s the right direction for her...

Date: 2/27/2009 9:17:51 PM
Author: Italiahaircolor
Does she express feeling overwhelmed? Because, the way I see it, family is the one constant in your life.

I would simply be supportive. Things for her are clearly rough right now, and she needs to ''feel her feelings'' at this point. Eventually she''ll show you what''s the right direction for her...

I agree with the others-just be there for her when she needs you. You seem like a really good friend.

Thanks Ladies for your support ~ I took her out today and we did some shopping and got our nails done. She didn''t bring him up much but I am all hears for her. We have been BF for 24 years!!! You ladies are really good people.