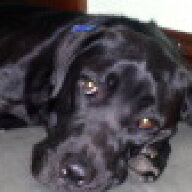 Wow, when I read that article I thought diamonds were just kicking around. I then did a search and found this info "Arkansas, The Natural State, is blessed with an abundance of geological wonders. The Crater of Diamonds State Park, the only diamond-producing site in the world open to the public, stands out as a unique geological "gem" for you to explore and enjoy."


I bet we will meet our fellow pricescopers out there looking for their next diamond. You might even see me.

Over 75,000 diamonds have been unearthed at the Crater since those first found in 1906 by John Huddleston, the farmer who at that time owned the land. The largest diamond ever discovered in the United States was unearthed here in 1924. Named the Uncle Sam, this white diamond weighed 40.23 carats.


The largest of the 25,000 diamonds discovered since the Crater became an Arkansas state park in 1972 is the 16.37-carat Amarillo Starlight. A visitor from Texas found this white diamond in 1975.

The 3.03-carat Strawn-Wagner Diamond was unearthed at the park in 1990 and later cut to a 1.09-carat gem in New York by Lazare Kaplan International in 1997. The American Gem Society graded the diamond a D-Flawless, O/O/O (for cut/color/clarity) in April 1998 and noted it was the most perfect diamond their laboratory had ever certified.

Another gem from the Crater, the flawless 4.25-carat Kahn Canary diamond, discovered at the park in 1977, has been on exhibit at many cities around the U.S. and overseas. The uncut, triangular-shape canary diamond was featured in an illustrious jewelry exhibition in Antwerp, Belgium in 1997 that included precious stones from throughout the world including the Kremlin collection, the Vatican, Cartier, and Christies. And, in late 1997, the Kahn Canary was featured in another prestigious exhibition at the American Museum of Natural History in New York entitled, "The Nature of Diamonds." Former First Lady Hillary Clinton borrowed the Kahn Canary from its owner, Stan Kahn of Pine Bluff, and wore it in a special, Arkansas-inspired ring setting designed by Henry Dunay of New York as a special way to represent Arkansas's diamond site at the galas celebrating both of Bill Clinton's presidential inaugurals.

My husband and I love gem mining. If you''re interested, you should really tune into "Best Places for Cash and Treasures" on the Travel Channel. They''ve profiled the diamond mine. We went to NC last summer for rubies and only found a non-facetable 6ct one, but we''re going back this year for aquamarines and to GA for gold panning. We really want to go to Arkansas, but it''s 20 hours away. I have no doubt we''ll eventually give in.
***new and improved***

Holy smokes!!! I guess I have been living under a rock. I did NOT know places like this existed. How long did it take you to find the ruby?? That is WONDERFUL!!! What was the place called in NC that you went to??
Skippy

It was the Sheffield Mine in Franklin, NC. There''s a lot of mines in that area. It took us about an hour to find the ruby. A lot of people found 15+ carat ones while we were there, but it wasn''t meant to be for us

You can also mine sapphires in Montana, topaz in South California, ect.
***new and improved***