Anybody have experiencewith/know about ACN?

I have a friend who''s interested in joining ACN - it''s a telecommunications company and the big thing is that Donald Trump endorses the "business opportunity" and the video phone (which is one of the products they sell).

She''d have to invest $499 just to "get in" and then sell the video phone and monthly telephone service, and get others to do the same.

Sounds like a typical pyramid to me - but I tend to be overly cautious and don''t trust anything - so my gut tells me to tell her to stay away from it. But I want to be as objective as possible.

Anybody know anything about this company, or know anyone that''s doing it or has done it? 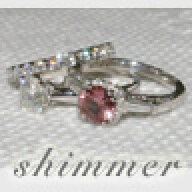 It is your typical pyramid. I know someone who is in it and she hasn't made her $500 back yet (over 1 year).

I think that is how they make $$, promise you big things and most people fail so they profit from your initiation fee. I thought that MAYBE since DT was endorsing it, it may be legit. But seriously, he got paid to do it (IMO), and that doesn't not make it what it is, a pyramid.

It's so funny, I went to their meeting and it was JUST like the Office, when Michael is drawing out the pyramid. They draw out the relationships, it looks JUST like a pyramid, and they keep saying it's not a pyramid, it's not 'some multi-level marketing scheme'. Most people who sell it that I have met, believe them and try to convince you the same. But, hello!, is anyone in there?? Let's think critically people. IF IT LOOKS LIKE A PYRAMID IT IS A PYRAMID.

Oh, and the funniest part is that until you reach Level 2 commission scale (have two other sales ppl under you IIRC), you earn HALF of 1 percent commission (!?!) How many $50 phones do you have to sell to make $1....hehe.

ETA: I do not mean to offend anyone!
~~shimmer~~

I have a friend who thought about doing this also. She knew a couple guys who were apparently making very good money with the company. From my understanding, it is essentially "pyramid" or "multi-level marketing" or whatever you want to call it, but I do think some people can and obviously do make a lot of money at these things. Most won''t though. I think it depends a lot on where you live and how many other people are trying to sell/bring people into the same thing. Also, the product obviously has to be good and you have to be willing to put a lot of time and energy into establishing the base. My parents were involved in Nikken a long time ago. They never made any money at it, but they didn''t really try that hard either (plus they lived in the middle of nowhere!) . To this day, I think a lot of the nikken products are awesome, and I have met people who have made a ton of money with the company (same with nu skin, etc). So I wouldn''t write these things off completely. I don''t have any direct experience with ACN though.

OK, thanks for the feedback, guys...

I''m going to advise her against her, based on what I''ve read...
S

I think you should advise your friend to do her research...not every network marketing company is a scheme...and if you look at what a "pyramid" is you will find that alot of reputable companies use this type of structure. Will everyone make huge amounts pf money from network marketing....no....but its the same for the "corporate world" too....not every person who dreams of making it big in the corporate world does..but no one says that is a scheme