Any RENT lovers out there? 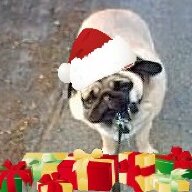 OMFG! Wow, I rented "Nick and Norah''s Infinite Playlist the other day (adorable movie, btw) and while I was skipping all the previews

I noticed there was a preview for RENT. I was like, "Why are they still showing previews for that? That movie has been out for a while...

Anyway, today I was returning the movie, and I saw that they made a movie version of the live play!!!!

I am so excited! I LOVE RENT!

Rent was such a huge part of my teenage years. My sister and I taped them singing "Seasons of Love" on the Rosie O''Donnell show back in the day, and we were instantly hooked. Of course, we had no idea of what the play was about (and our parents had no idea about the mature content of the play

) but we asked for the CD for christmas. We listened to it every day for years. We didn''t actually see the play for a long time but just pieced the story together from the songs. So when we finally got to see it on broadway (years later, not the original cast) it was so amazing! Since then, we''ve each seen the touring show a few times. And last month, when I went home to visit, it actually happened to be in our hometown, starring Adam Pascal and Anthony Rapp!

(original stars). It was so awesome to finally see them and they were absolutely fantastic, real pros!

I liked the hollywood movie. It was cute. But they changed so much from the original play, and I just wished they would have filmed the actual broadway play. And they finally have!

So I am watching it now.... It''s pretty cool, the cast isn''t the original, but they are pretty good. I really don''t think any of the Mark''s or Roger''s can compare to Anthony Rapp and Adam Pascal, but I like these guys.

OK, I''m going to have to see that live stage show movie!! I liked the hollywood version too, I loved Rosario Dawson''s voice.

I think it has the best message of any musical I have seen.
Cellophane, Mr. Cellophane shoulda been my name...​

I saw the movie first, then on stage. On stage is SO much better! I will say that if you love Rent, the bonus extras on the movie dvd are AMAZING. It''s a whole documentary about Jonathan Larson, how Rent came to be, the original cast (which is most of the cast of the movie one, which I think is really, really cool), etc. 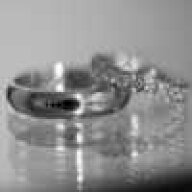 ohhh yes, I was suuuuch a RENT nerd in high school...hahaha...being close to NY, my best friend and I would go all the time (he must have seen it over 30 times)...he actually became friendly with Anthony Rapp, he went so much!

now, he works in publicity, and he actually brought me to the opening of the live play movie version you''re talking about (and he got me the blu-ray version for free, hehe...I highly recommend making friends with people in publicity if at all possible

aw, I love that play 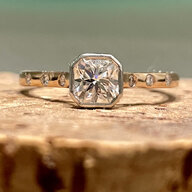 I actually saw the live stage film version in the movie theaters last fall, but I still have to buy my copy of the DVD. I thought the Hollywood film was ok, but I'm so excited to have a DVD version of the stage show. It's what I've longed for since the first time I saw it live. I've heard that the bonus features are really good, I can't wait to watch those.

I've seen it live 7 times, including once in New York with Adam Pascal and Anthony Rapp, which was amazing. I'm so sad because the tour with them is coming to Boston (near me) on July 14, but I'm due with my first baby on July 9. I think I have to miss it this time!
I

I have loved Rent since the Broadway cast came to my college! It always makes me cry though. I will have to check this out. Thanks!

HUGE RENT fan - I saw it for the first time when I was 16, in London, with my mother, which was amazing because I was just at that age starting to realize the huge role she played early in the epidemic (along with the team of other epidemiologists and Dr''s she worked with in San Francisco starting in ''82) - we were both really moved.

I don''t remember who was in it, but the London cast was AMAZING. I later saw it again in San Francisco, with some original cast members including the original Mimi, and it just wasn''t *quite* as amazing as the London cast.

I really wish I had been able to see Idina Menzel in it - DH and I saw her in London in Wicked on our honeymoon, and she was absolutely phenomenal. 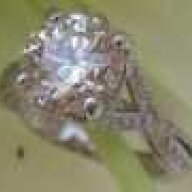 Oh, I LOVE RENT
i saw it when it 1st came to Los Angeles years ago.. (I feel old)
Would be interesting to see what the movie would be like
Thanks for the 411!

Just about memorized all the words from the original cast album, saw the touring company, movie, etc.

We rented The Live on Broadway DVD and I cried and cried...not so much because it was sad, but it was more of an affirmation of life. I love Jonathan Larson and only wish he could have seen the success of rent and the legacy he left behind.

Adam Pascal has got such a sexy voice...though i was disappointed in his hairdo in the movie. lol

OMG...I love RENT, TOO!!!! I first saw it in NYC and was hooked...immediately went out and bought the soundtrack. Then everytime I went to NYC I had to see it again...and again. Once, my sister and I went and we entered the drawing they have 2hrs before showtime - tickets in the first 2 rows for $20...and my sister won!! So, we got to see it from the 2nd row and it was sooooo amazing!!!

Also, interesting tidbit, when "Queer Eye for the Straight Guy" first came on, I was like...I recognize that style/culture guy Jai Rodriguez. It was bugging and bugging me and I was thinking he might have played Angel in RENT when I first saw it. Well, I still had the Playbill and sure enough, it was him!!

I saw it on tour, too, in San Diego, and wasn''t as impressed with the travelling cast, but still a great show. And, after seeing it so many times and practically memorizing the soundtrack, I really wasn''t impressed with the Hollywood version - they deleted some of the songs!

So, when I saw this version was out, I was so excited!!! This DVD is defintely one to purchase!!

Yay! Love to see some Rent fans here on PS!

Sorry I am late to respond I have had a crazy week.

Elmorton- Yeah it''s sooo much better live! I have a book about Jonathon Larson, it''s so interesting to hear how it all came about. He was a real artist.

Allie_esq- Aw if I lived close to NY I would have been there so many times! DH and I are considering a move to the Tri-State Area. It would be so cool to be able bring our children to Broadway on a regular basis.

Vetrik- Congratulations on having a baby! I suppose you are allowed to miss it for the birth of your child! I''m sure your mind will be on more important things!

Indecisive- I cry every time too! And I am not at all a crier when it comes to movies or anything like that.

AG- OMG! How fascinating is it that your mom has worked on AIDS? very interesting and admirable!

Mommabear- I actually thought the hollywood movie wasn''t so great, but this DVD is really good. It''s live but the camera changes angles and focuses in, like a hollywood movie so it''s not boring.

Jelly- I hated Adam Pascal''s hair in the movie too!

ROL- Ha! I did the same when Queer Eye was on! That''s awesome that you and sis won the lottery! There is a cool extra on the DVD about the lottery too!

Okay, I have watched it 3 times already and cried every time. No I don''t get as emotional when Angel dies, as I do when it''s live, but it is still so moving. I really like this cast. The Mark is awesome, it took me a while to warm up to Roger but I am there. Seriously try to see Anthony Rapp and Adam Pascal in the tour happening now if you can because they are unbelievable! But these guys are pretty good too. I like this Angel (who is also the one on tour now). The only one I am not crazy about on this DVD is Maureen. The Maureen on tour now, however is awesome! I can''t remember her name but she was also in legally blonde and she just does an awesome "Over the Moon."

Get on it missy!

Just check because I was on their site recently and saw that one of them is going to be on sick-leave for a while. Can''t remember which one!