One of the grad schools currently interested in me was clarifying some financial details for me, and at the end of their letter they included a note of caution reminding me that the cost of living there is lower than other schools I may be looking at, but that I must already know that since I am currently in NYC and my "fiance" is in a city near them. Um... did I get engaged and not know it? Also, while my boyfriend is near them, he is not in the city they claimed.

I never told them anything about having a boyfriend in the same state (as I was genuinely interested in the school and did not want to make my application appear romantically motivated), so I contacted the only two professors here who could possibly have told them anything of that nature, and one read the letter and was like, "You''re engaged?!?" and the other said she didn''t even know I had a boyfriend. The first professor then joked, "Not only are we prepared to offer you this great fellowship, but here''s a husband as well!"

Needless to say, a little odd. I think they''re stalking me--or clearly know something I don''t.

Maybe they confused you with someone else?

Or perhaps you have a myspace page? You''d be surprised what people can find out about you that way!

This is what I was thinking. This happened to a friend of mine during a grad school interview - the prof kept asking her about her grades and how hard had she really worked (she had a 4.0) and that she should really have tried harder, and she was sitting there going...uh, okayyyyy....and halfway through he asked her something else and she said, ''are you sure you''ve got the right person?!'' Turned out he was looking at someone else''s application.

Well, they only took four people, so I think it''d be awfully hard to confuse me with someone else! No MySpace page either (and that would be really creepy if they did that!). When I went to visit over winter break, I mentioned that I was staying in the area, but not where they said my "fiance" was. I''m sure he just got confused somewhere along the line, but I just cracked up over the mention of my "fiance." I didn''t even bother to address that point in my reply to him--we''ll just let him think I have a fiance there. I mainly wanted to share my professor''s "here''s a husband as well!" comment.

Hmmm, interesting! When I was being recruited for Ph.D. programs one particular program in general was a little weird. Two professors kept calling my cell phone at odd hours and kept asking me whether I "had any questions" or "had decided to attend so and so University yet." At one point one particular professor called at about 12am his time (my time 10pm) and I really thought it was getting a bit creepy and weird and in the end helped me decide NOT to go there LOL!!

That would definitely tip the scales on the decision!

I had a ex-boss who set up her own business with her husband. They really wanted me to come and work with them and kept giving me better and better offers. Finally her husband offered;

A great salary
5% of the business
and...
a dinner party every week with a selection of eligible preselected men till I found a nice fiance!

I was soooooo tempted!
Pandora
FGA 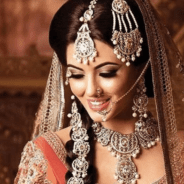 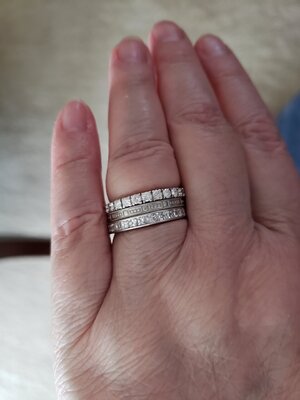