Always waiting - are you around?

AW: I just stopped by to see if you had posted and you got engaged? You just had one short post? Details!!! Details!!! I have been following your story for so long that I need more!!! haha

If you have time, I would love to hear your story. Congratulations! 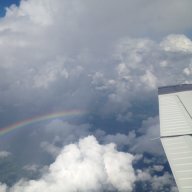 I was wondering about her also. I am so excited for you, alwayswaiting. Congratulations.
A

hey there, yes i''m still around, but more of a lurker now.
Well as you know my bf and i had been talking ALOT about the future, and it was very difficult to wait and not know, but he seemed to be more and more serious as time went on--but probably no one really had faith in him but me (understandably). It turned out those calls I saw in his cell phone log was a good indicator that he was working on the ring (and BOY did I get bashed here for that), and even though nov 1st came and went with nothing and my anxiety began to rise...on thanksgiving weekend he proposed. nothing over the top, just home with 2 of us and then we went and visited family. I was very happy and relieved but then been quite busy with work! In the new year, I plan to get moving on wedding planning!
Thanks for asking though...the ring is very nice, solitare, just over a carat. Good luck to everyone else and thanks for the support..it feels good to have stuck it out and have it work out as i hoped. It only took 2.5 more months, but it did feel like an eternity at the time!! Now that we''re engaged, he has become much more settled, as if a switch clicked and now he is in "married guy" mode! Thanks for checking in..

congrats a.w! I must have missed the ''one short post.'' all the best to you both.
~Maria D~
A

Well, I am really glad it all worked out. I felt so bad for you and I felt bad about all the flak you took from here. So, congratulations! Enjoy planning the big day.
A

thanks Allison, I really appreciate that. It was a tough wait, but things are just cruising along now. I did take alot of flak, some of it understandable since there were major rough spots when I came her for support, but at other times, it was like, geesh, lay off!....and I just trust my instinct. The extra wait turned out to only be 2.5 mo''s, and he stuck by his word and now so I''m very happy with it all. I don''t believe it would have ever gone beyond Xmas and thank god it didn''t!
Thanks for checking in with me