Accepting a contract position while on unemployment? 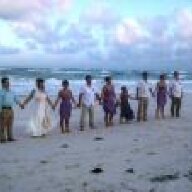 Does anyone know anything about accepting a contract position while on unemployment in CA? I have 2.5 week contract offer, but I don't want to accept it unless I can receive unemployment benefits once the contract has ended. Does the company that gives me the work have to pay the employer portion from here on out or is it my previous company? Do you have to file a new claim? Any other things I need to know about?

With the last federal extension they changed the rules so that you are allowed to take short term/part time work without affecting your benefit rate. That being said, even though ALL states are supposed to adhere to this new 'rule', California has been denying people and last I heard people were appealing and trying to fight for what the Federal govt has declared they are owed. This rule was passed bc people were refusing part time and temp work bc then they would lose their benefit rate and still not have a FT job.

If the position is only 2 weeks, it shouldnt effect your Unemployment Benefits regardless but I would be careful if it turns into longer bc last I heard, California was still denying people that took temp or PT work.

ETA: You wouldnt have to put in a new claim now but when your benefit year is up they automatically reevaluate your benefits and they will use your PT work in the formula (which will give you a MUCH lower amount). The new 'rule' is that if your 'new' amount is a certain percentage less than your previous amount then you will automaticlly revert to your previous rate. CA is not following this though.

Your 1st company would be the ones responsible for the UB (not the one offering temp work), After the 1st 26 weeks its the Federal Govt paying the benefits and not your state or old job.

Like I said though be VERY careful bc you are in a state notorious for screwing people out of their benefits and making mistakes.

Good luck in your job search
Better a diamond with a flaw than a pebble without. ~Chinese Proverb