The Diamond Development Initiative is a multi-stakeholder platform, which brings NGOs, governments, and the private sector together to address the livelihood and problems of artisanal diamond miners. DDI complements the Kimberley Process by focusing on creating sustainable economic development for millions of artisanal miners and their communities.

“Some ten million people depend on artisanal diamond mining for a livelihood. They work under difficult conditions and most earn less than a dollar a day. Many are children. We aim to change that and to show that diamonds can be a symbol not just of wealth, purity and love, but also of meaningful development for some of the world’s poorest people.”
– Ian Smillie, Chair, DDI Board of Directors

We had the pleasure of meeting Ms. Gizenga at JCK, and she kindly granted us an interview. DDI is our chosen charity for the Rock Walk Album project, because of the organization’s voice in the industry and their efforts to improve the lives of artisanal diamond miners. Artisanal mining is small scale and typically non mechanized. Miners use shovels, picks and sieves to extract rough from alluvial deposits in riverbeds, streams and along the banks. DDI works directly with the diggers and their communities showing that diamonds can provide a sustainable economic source for millions living in poverty. “We envision ‘development diamonds’, as diamonds that are produced responsibly, safely, with respect of human and communities’ rights, in conflict-free zones, with beneficiation to communities and payment of fair prices to miners.” -ddiglobal.org

Ms. Gizenga: It is not just what we do for the miners. One is creation of awareness of their conditions, because what we try to do, being a multi-stakeholder platform, is to engage different entities into addressing the issues, because no single organization can do it alone. We need donor agencies, and typically donor agencies shy away from mining areas in general, and even more, artisanal diamond mining, because it’s so problematic. Everyone wants a success story for their dollars, for their euros, whatever that may be, and so therefore, no donor agency really wants to be involved in something so messy that will take years to resolve. They want success stories to say ‘look at what we did,’ and they are in the media, they are in the press etc. Our job is primarily to engage all of those people. International organizations that have the capacity to deal with the issues, whether it is education on HIV, whether it is on construction of proper housing…so other organizations that also, because they don’t know, or because it is not their focus, or because they don’t get funds for it don’t go into those areas. The biggest job is engaging people.

How many children work as artisanal diamond miners?

Ms. Gizenga: Save the children did a study in the area of what we call the MIBA polygon in the Mbuji-Mayi area of DRC (Democratic Republic of the Congo), and they identified 13,000 children. That’s just one area, one province. There are 10 provinces, all of them with artisanal diamond mining in DRC, and in each province, there is more than one site. Can you imagine what it means? Just that is mind blowing. Not to forget that DRC is still in conflict, and children that are being demobilized so that they are not child soldiers, they really have nothing else to do, and they don’t have often any family to go back to…so they turn to digging. So the violence that they’ve learned while doing war, they bring it to those mining sites. There is all that aspect that you don’t know what to do with them, how to deal with all of those children. They are heads of households sometimes, or they are just lonely soldiers, former soldiers going around from one site to another.

Peer pressure or peer learning, we find, is something that works well. Another organization that is a Belgian one had a project in another province of DRC, Katanga, and it was for children that were mining heterogenite, and their program was fairly successful where they move the children out of the mines, a number per year, and into schools. We decided to take those children who were mining heterogenite and be the spokespeople of our project in diamond mining to speak to peer children and tell them what they’ve been able to achieve by abandoning the mines, and what the program has done for them. And children listen to children.

What is DDI’s relationship with the Kimberley Process?

Special thank you to Dorothée Gizenga. We appreciate your interview and your continued efforts. 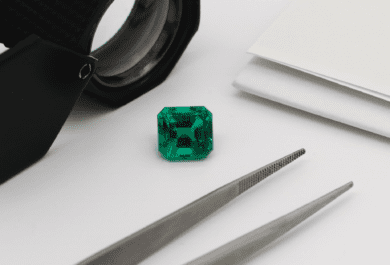 It is the month of May and what better way to celebrate the month than with May’s birthstone. If you’re a May baby then this one is just for you.… 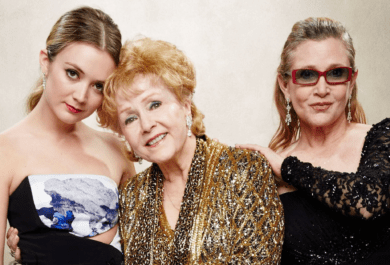 Motherly Love, from Debbie to Carrie to Billie

Debbie Reynolds had her own effervescent style. Carrie Fisher created her signature style both on-screen and off. Billie Lourd is making her mark in show business and defining her look…