There have been inconsistencies and vagueness about how diamond dimensions are defined. This clarifies the terms and differences and suggests better alternatives. Due to QWERTYism* none of this will change.

The GIA Diamond Course (1974 for me), described the table and stars of a round brilliant as forming squares; this is also mentioned (but not endorsed) in the caption to Fig. 2.1 in ‘The Australian Gemmologist,’ Vol.25, No.3, p.87.

Some reports describe a ‘star ratio,’ which is defined, for instance, in GIA ‘Gems & Gemology,’ Fall 2004, p.209, Fig.2B as ‘Star Facet Length,’ using the ratio B/A shown here. Most cited values differ from those listed here. 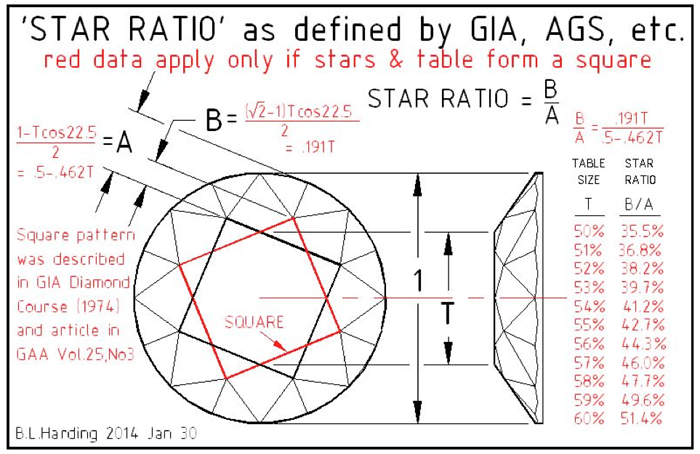 The term ‘star ratio’ uses radial dimensions A and B while the depth of pavilion break facets is measured as a ratio of vertical dimensions Q and P shown here. Why not measure the height of the crown break facets in the same way, using ratio D/C? I like 2/3 for pattern appearance on ‘colored stones.’

A and B lose meaning if the gem is not a round brilliant, such as the oval shown in the lower half here; however. But the ratio D/C is just as valid for oval, pear, and cushion shapes. 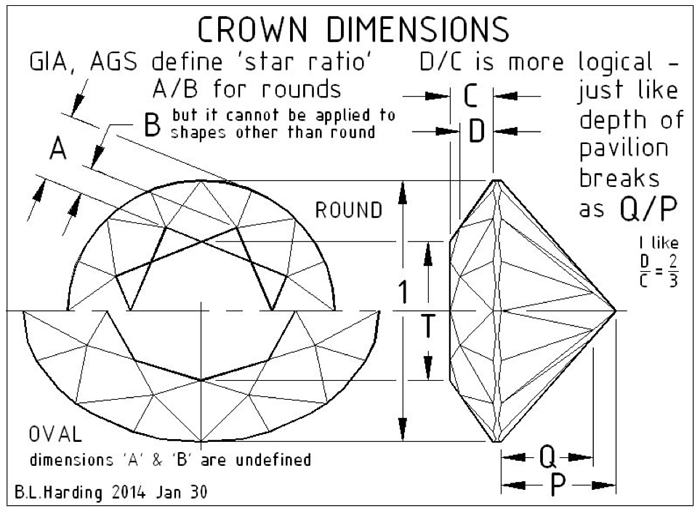 GIA again defines pavilion break facets with radial dimensions E and F. The result is different from the ratio of vertical dimensions P and Q, which is used by other researchers. Some sample values are shown here for round brilliants (AGS lists more). Q/P may vary in cuts such as an oval with a pavilion ridge. 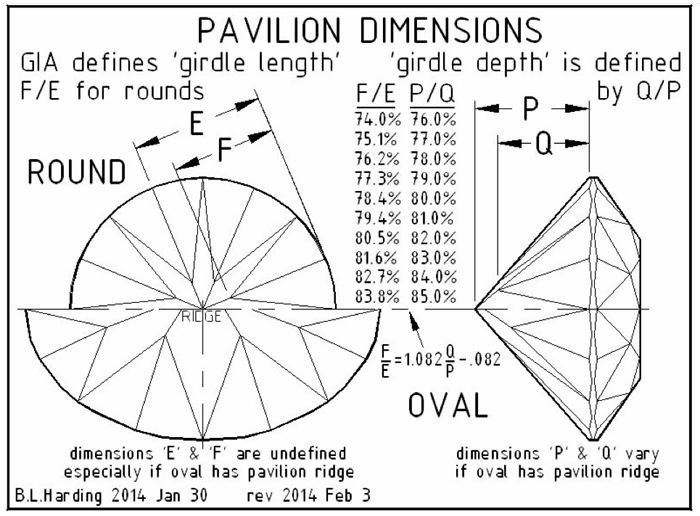 * Explanation why first line of typewriter is so: “It’s that way because it always was that way.”