Martin D. Haske, a native of Syracuse, New York, attended the
Massachusetts Institute of Technology where he studied Aeronautics
& Astronautics in the early 1960”™s. He received his Bachelor of
Science degree from MIT in 1965. While a student and until the early
1980”™s Mr. Haske was member of the technical research staff of the MIT
Instrumentation Laboratory (now The Charles Stark Draper Laboratory),
where he worked on the design, development, implementation and flight
testing of precision inertial and stellar inertial guidance systems
used both in the Apollo program and in the Fleet Ballistic Missile
program (Polaris, Poseidon and Trident). He has received a Certificate
of Commendation for his contributions to the Apollo Primary Guidance,
Navigation and Control System on the occasion of man”™s first landing on
the moon, and a Certificate of Merit in recognition of his significant
contributions during twenty years of service to the United States Navy
Fleet Ballistic Missile Program. He has earned a Masters of Science
Degree in Aeronautics and Astronautics from MIT Mr. Haske”™s interest in
gems and gemology was kindled during the late 1960”™s when he was
involved in test programs in high energy physics. Fellow researchers
were placing gemstones in available space in the test chamber where he
was irradiating precision guidance components. He was hooked on gems
and with what technology could do when he saw the gemstone colors were
changed. He started with cutting and faceting at this time and later
took the GIA home study program in the 1970”™s just for the fun of it.
In the 1970”™s and 80”™s he continued with the gemstone industry as a
hobbyist and vest pocket dealer. In 1991 he decided on a complete
career change and received his Graduate Gemologist degree from the
Gemological Institute of America (GIA), and also completed the GIA
Pearls Certificate. At this time he started Adamas Gemological
Laboratory.Mr Haske”™s knowledge base of the insurance industry comes
from past state and federal licensing and training in property and
casualty, life and health, and securities.Mr. Haske received his
initial appraisal training from the International Society of Appraisers
where he earned the Designated Member Status (ISA) and now holds Senior
Member status in The National Association of Jewelry Appraisers. Adamas
Gemological Laboratory is an Accredited Gemologists Association
Certified Gem Laboratory. Mr. Haske is on the Accredited Gemologists
Association Certified Laboratory Program Committee. He was appointed to
and served on the Jeweler’s Vigilance Committee Appraisal Standards
Task Force and was also a reviewer of the GIA Insurance Appraisal
Course. He also served on the American Gem Society Cut Grade Task Force
and The AGS Laboratory Gemological Advisory Committees.Mr. Haske was
the author of The Adamas Advantage line of gemological software
products to aid gemological identification and grading, and was
presented with The International Society of Appraisers 1993
Distinguished Service Award "for his contribution to ISA and the field
of Gemological Appraising by developing The Adamas Advantage". Mr Haske
developed and markets the SAS2000 Spectrophotometer Analysis System for
diamond color grading, origin of color and gemstone evaluation using
VisNiR, Raman and Photoluminescence spectroscopy. Mr. Haske is an
author in both the technical and jewelry fields and is a technology
consultant for the jewelry trade. His website is
http://www.adamasgem.com 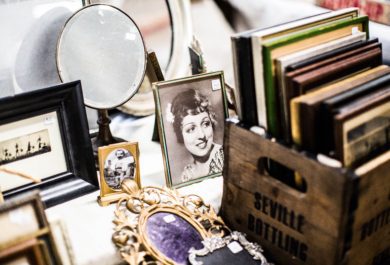 I’m a self-proclaimed “prosumer” – and I highly doubt I’m the only one on PS. That said, there might be many aspiring jewelry shopping PS members that were just getting… 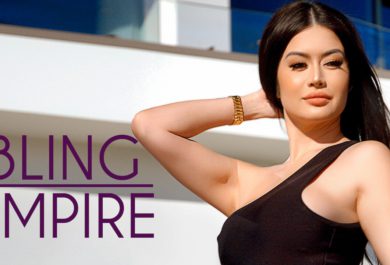 I recently watched The Bling Empire on Netflix, touted as a reality show following the “real-life Crazy Rich Asians in LA.” Follow my train of thought: I was reading up… 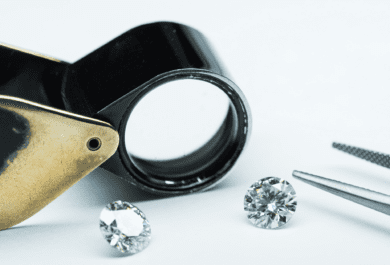 The diamond is the birthstone for April. The diamond is also considered to be the zodiac sign of Aries. The birth dates for Aries are March 21st to April…