Who should get the gold? Nazi 'Gold Train' may be found

Jewels and gold (and wealth in other forms) was taken from the 6+ million people Hitler killed in the Holocaust.
It's sometimes referred to as, "Nazi loot".
As the war was ending they hid it, and much is yet to be found.
They just began digging in a location in Poland where there may be a train full of Nazi gold/jewelry.

IMO it should be divvied up and go to descendants, if any remain, of those killed.
The challenge would be how much should go to each descendant.
Equal distribution wouldn't be fair because while one victim added only a dental filling, another victim may have added many pounds of gold bullion and diamonds worth millions.
But 70 years later documentation may be hard to find.
The Nazis burned records when it was clear they were losing the war.

The Holocaust was the ultimate crime against humanity and nothing can erase or ease the damage ... but, if found, who should get the gold is a very very important, and hard to answer, question.
... and WHO is even qualified to decide?
Who legally gets to decide?
Who morally should get to decide?

Many groups were targeted, but the Jews, by far, suffered the largest loss of their people.
Perhaps Israel should have a very large say in all this.

... and how much should the 'treasure hunters' organizing and financing the dig get?
" - unless I am myself, I am nobody." - Virginia Woolf

Well, I'll believe it when I see it. People have been looking for a long time for this, and no real success. I do agreed restitution would be difficult at this point. For some families, all the family members may be killed/dead at this point

There is no way to restitute for something of this magnitude. But it would be good to make more than a token effort if possible. 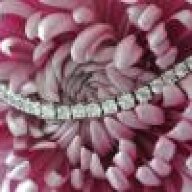 What about donating it to the Holocaust Museums around the world?

If they can trace it back to the families from whom it was stolen, I think the survivors have a legal claim to it.
"I never met a diamond I didn't like."
No jewel is as beautiful as a cat's eyes.
Madam Bijoux (Gabrielle)
You must log in or register to reply here.
Be a part of the community It's free, join today!
JEWELRY BLOG