What does "traditional treatment" mean for a ruby? 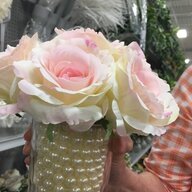 Hi, this is my first post. I just recently purchased a ruby from a jewelry maker. The stone was part of a parcel that had been purchased for a client over ten years ago and had never been set. The seller represented the ruby as an old stock Mogok ruby imported in the early nineties with documentation stating such. The seller also said that the ruby was a traditionally treated gem with no glass filling. What does traditional treatment entail? The ruby has an AGL certificate which states heat treatment and moderate heat residue. Does this means that it is a flux filled ruby? Does it require any special care or should I be concerned when I set it? Any information on rubies or suggestions for references to read to further my education would be helpful.

Thank you for the link to the article. I agree with you about your estimate of the 3 ct. ruby value. my stone is 2.19 ct medium toned stone with a purple secondary color and I paid about that for it. It fit my budget and left me money to find a nice setting.
You must log in or register to reply here.
Share:
Facebook Twitter Reddit Pinterest Share Link
Be a part of the community It's free, join today!
JEWELRY BLOG