A dedicated Teamsters union worker was attending a convention in Las Vegas and, as you would expect, decided to check out the
local brothels. When he got to the first one, he asked the Madam, "Is this a union house?"
No," she replied, "I''m sorry it isn''t."
"Well, if I pay you $100, what cut do the girls get?"
"The house gets $80 and the girls get $20," she answered.

Mightily offended at such unfair dealings, the union man stomped off down the street in search of a more equitable, hopefully
unionized shop. His search continued until finally he reached a brothel where the Madam responded, "Why yes sir, this IS a
union house. We observe all union rules."

He handed the Madam $100, looked around the room and pointed to a stunningly attractive blonde. "I''d like her," he said.
I''m sure you would, sir," said the Madam. Then she gestured to a 92-year old woman in the corner, "but Ethel here has seniority
and she''s next."

A man walks into a jewelry store and begins to browse. His eyes are immediately drawn to an odd-looking golden figurine in the shape of a rat. The jeweler tells him it's an antique he's taken on consignment. The man decides to buy it, and when they've agreed on a price, the jeweler says, "I must caution you, this sale is final. If you leave the shop with the rat, I cannot take it back under any circumstances." The man thinks it over for a moment but agrees.

Soon after the man exits the shop with his purchase, he notices a rat emerge from a sewer grate and begin to follow him. Another appears a moment later, then another. Soon a dozen or more rats have appeared and are running along behind him. Alarmed, the man begins walking faster, but this only draws more rats out of the sewer toward him. He starts running in a panic, and within a minute, hundreds, then thousands of rats are chasing the man down the street. Desperate to escape them, he runs for a nearby river and hurls the golden rat into the water. The live rats follow the golden rat into the river, and soon all have drowned.

After the man has caught his breath, he walks back down the street to the jewelry store. The moment he sees the man enter his shop, the jeweler leaps up from his counter in terror. "I told you!" he shouts, "The sale was final! You cannot return the golden rat!"

And the man says, "Oh, that's no problem. I just wondered if you had a golden lawyer."

(see, lawyers do have a sense of humor)
A 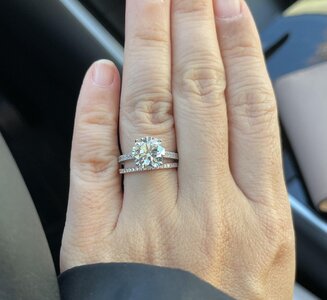