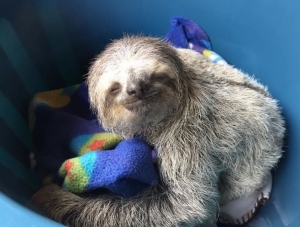 They are cute. Thank you for sharing! You are the Pricescope "go to" animal person! 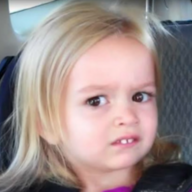 Aaaaaadorable. I got see a momma cradling her baby in their natural habitat when we took a trip to the Amazon. Best vacay EVAH.
The difference between stupidity and genius is that genius has its limits.
--Albert Einstein

Deb, thank you for your kind words!

Matata said:
Aaaaaadorable. I got see a momma cradling her baby in their natural habitat when we took a trip to the Amazon. Best vacay EVAH.
Click to expand...

Wow! I am sure that was an amazing experience! Very cool!

Awww adorable. The name has a bad rep but the animals are incredibly precious in every way.
Thank you for sharing Rockinruby and for providing the impetus for me to find more about sloths and see more unbearably cute sloth photos...sharing here for your viewing pleasure.

snip....They may always be grinning, but sloths—those cuddly, shaggy couch potatoes of the animal kingdom—are in trouble.


The six species that live in Central and South America are either endangered or declining fast due to people encroaching on their habitat. Photographer and primate conservationist Sam Trull has spent a few years documenting these charismatic tree dwellers.

"I moved to Costa Rica to work with primates. Then I met my first sloth"—and the rest is history, she says.

At an animal refuge run by the U.S. nonprofit Kids Saving the Rainforest, Trull has helped nurse many orphaned or abandoned baby sloths, most of which are then released back into the wild. Along the way she documented her work via photographs, which appear in her first book, Slothlove.

Inside a Baby Sloth Orphanage and Rescue Center When orphaned baby sloths are hungry or adults lose their habitat, Yiscel Yángüez and Néstor Correa are on the case. They run an animal rescue center in Gamboa, Panama, and specialize in sloth rehabilitation and relocation.
Trull talked to National Geographic about why she chose to shift the focus of her life's work from primates to these rain forest creatures.

I was working in West Africa for a while, and I had a basic digital camera, and that’s when I started practicing. When you’re in another country, everything seems photogenic, and I just started taking pictures of everything. I moved back to North Carolina and started doing photography of families and weddings and some newspapers.


Then I moved to Costa Rica with Kids Saving the Rainforest and started working at a wildlife-rehabilitation clinic.

What was it like to start working with sloths after spending so much time with primates?


I just fell in love. I acted as their surrogate mom, and I often had my camera right next to me, and I just started taking pictures of them. I came to love and respect them and wanted to try and save them. (See "Pictures: Pygmy Sloth Among 100 Species Most At Risk.")

Why did you decide to publish Slothlove?

My main motivation was to educate people about sloths, because there’s a lot of misinformation out there. I hear some of the craziest things, like sloths never get stressed, which just isn't true. Maybe because of that, sloths don’t get a lot of respect.


A lot of people don't know getting hit by cars, dog attacks, and getting caught in electric wires are particularly dangerous threats. People just think they’re cute and cuddly and they never get stressed out. So people take selfies with them, and they have no idea that the sloth is upset.

Do you have a favorite sloth?

My favorite is a three-toed sloth named Monster. She came in when she was just two weeks old, and she was basically hysterical. She was this tiny ball of fur who was found when crossing the road, and she was crying, crying, crying for her mom. [That first night] I really couldn’t do anything to get her to calm down, I was holding her, I was walking with her, but I couldn’t get her to sit still.

I basically didn’t get any sleep that night, and the next morning, one of the other volunteers came in and asked about the new baby sloth. And I said, “This sloth is a monster!” And that’s how she got her name, which is insane now, because she’s the most adorable, precious, perfect angel soul that could ever exist. (Watch a video that shows how sloths mate.)

What happened to Monster?

Throughout the book, I talk about Monster and how she got her ironic name, but the book came out before we brought her to the release site. Now, she's two and a half years old, and she's been released and she's doing really well. Like all the sloths we've released, we're tracking her with a VHF radio collar, and so we can see how they're doing and track different aspects of their behavior. She's come so far, and she's never been happier.

What are you up to now?

We started the Sloth Institute of Costa Rica in 2014, and it’s grown enormously since then. Our main goal is to help get hand-raised sloths back into the wild, because it’s a really long, tedious process. We’ve also started some behavioral research on sloths in the wild, and looking at how healthy they are—basically all the information we can learn to keep them from being so negatively affected by humans.
Click to expand...

The sloth is the world's slowest mammal, so sedentary that algae grows on its furry coat. The plant gives it a greenish tint that is useful camouflage in the trees of its Central and South American rain forest home.

Sloths are identified by the number of long, prominent claws that they have on each front foot. There are both two-toed and three-toed sloths.

All sloths are built for life in the treetops. They spend nearly all of their time aloft, hanging from branches with a powerful grip aided by their long claws. (Dead sloths have been known to retain their grip and remain suspended from a branch.) Sloths even sleep in trees, and they sleep a lot—some 15 to 20 hours every day. Even when awake they often remain motionless. At night they eat leaves, shoots, and fruit from the trees and get almost all of their water from juicy plants.

Sloths mate and give birth while hanging in the trees. Three-toed sloth babies are often seen clinging to their mothers—they travel by hanging on to them for the first nine months of their lives.

On land, sloths' weak hind legs provide no power and their long claws are a hindrance. They must dig into the earth with their front claws and use their strong front legs to pull themselves along, dragging their bellies across the ground. If caught on land, these animals have no chance to evade predators, such as big cats, and must try to defend themselves by clawing and biting.

Though they couldn't be clumsier on land, sloths are surprisingly good swimmers. They sometimes fall directly from rain forest trees into rivers and stroke efficiently with their long arms.

The three-toed sloth emits a long, high-pitched call that echoes through the forests as "ahh-eeee." Because of this cry these sloths are sometimes called ais (pronounced "eyes").

Three-toed sloths also have an advantage that few other mammals possess: They have extra neck vertebrae that allows them to turn their heads some 270 degrees.
Click to expand... 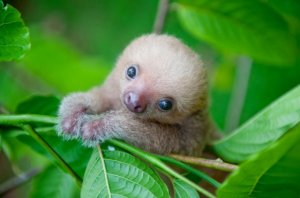 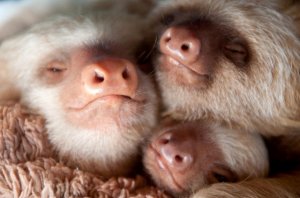 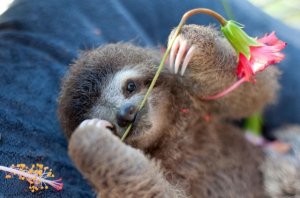 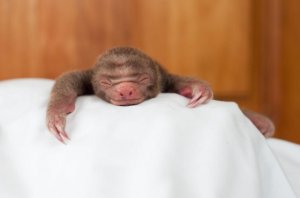