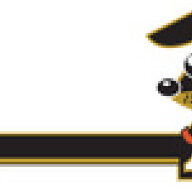 Has anyone had this procedure? My doctor just scheduled me for this procedure in mid-June. I''m only 26 and apparently have an extremely bad case in both feet. I''ve tried 2 rounds of cortizone shots, orthodics, night splits, physical therapy with stretching, ultrasound, fluido, etc. Nothing has helped.

Because of insurance reasons I have to have the procedure on both feet at once when typically they like to do one foot at a time because of a quicker recovery time. (6 weeks compared to 2-3 months for both feet at once)

I''m wondering if anyone has had this procedure and had luck with it and what your recovery time was. I''m bummed because it''ll be over the summer so I guess that means so beach/pool/swimming/amusement parks, etc. But at the same time I''m just really looking forward to having this pain gone so I can walk without wanting to cry again!

Please share your experience or the experience of a family member/friend. Just kind of looking for first or second hand experience! Thanks in advance!

My DH had Topaz on his elbow in 2008 for a partially torn tendon. Unfortunately, out of the 100 successful operations his orthopedist performed, my DH was his 1st failure. It was a short procedure (small incision) , he had relatively little pain and the recovery from the surgery was quick, but the original pain never went away. He finally had full blown surgery in January of this year and the recovery is still going on. He just finished pt this week, but still has some pai, but a "healing" pain, not like the one he had before.

He said he would do the Topaz over again even if it did not work on him initially, because the recovery time from it was vastly easier and his doctor has had many successes with it. 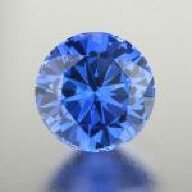 I don''t have anything to say about the surgery but I sure hope it helps you. I''m 28 and have been suffering from it for 3 years. I get injections in my foot every other month and use a night splint. I had it first in my right foot and in doing this it healed after about 2 years. As soon as it healed my left foot started though it has never gotten near as excruciating as the right did. It hinders me alot but I don''t want surgery. I''ve heard too many failure stories of it. I keep hoping that eventually it will heal on it''s own and I won'';t have to continue this.

"When you find yourself on the side of the majority, it's time to pause and reflect."
Mark Twain
S

prettylnpink: Have you decided one way or another about the Topaz surgery?

Unfortunately as a runner I have PF and I understand how much pain you are in! I hope that this procedure helps you.

My grandmother had the surgery, and it did take a few months to recover, just to be able to walk around... very slowly. So I wish you a quick recovery and hope you do alright. I am wishing you the best! ***dust***