To be or not to be a Bridesmaid... 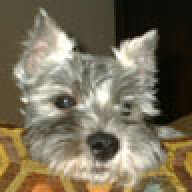 I wanted to get yalls thoughts on this if you don’t mind… I hope I am explaining this correctly!

My brother is getting married in September. I am decently close to his FI (Melissa). She has been bouncing a lot of ideas off on me, asking me how DH and I did things, etc. Over lunch a couple of weeks ago, she mentioned that my other brothers wife (SIL), asked if she was going to be a BM (classy huh?). So, Melissa started talking about how she wanted all of us (brothers, sisters, friends, etc) to be in the wedding party, but honestly wanted to keep it small. I mentioned that there were always other “jobs” to give people like reading, passing out programs, etc and that I would be more than happy to do something like that, especially since I will be 8 months pregnant. I understood how hard it was to please everyone and if she wanted small, she should have small!

She has mentioned several times since about wanting small and my brother wanting bigger. Yesterday, she said something about asking my SIL (the one who already asked) to be a BM if I really was okay with not being one and that would keep it small. I said I would be happy to be a BM, but know she doesn’t want a large party and that I was more than happy to do something else. It is honestly how I feel about it… I am happy doing whatever they would like for me to do! BM or not, I will be a part of their day even if I just sit and watch! I wasn’t a BM for my other brothers wedding and never thought twice about it.

Today, she has officially asked me to be a BM. She said as the little sister, I should at least be asked, and if I didn’t want to, she understood, and that her MOH would be pregnant too if I felt uncomfortable about that. I’m fine with being pregnant; I suppose I was using it as a graceful bow-out for her. I don’t want to be asked because I am the little sister and get to choose… I want to be asked because she/they want me up there. Or I want to hand out programs because that is how they want to make me a part of their day. I called my mom to get her thoughts and she suggested calling my brother and see what his take on it was. I have tried, but he hasn’t called me back yet. I am genuinely happy doing whatever. I think I just feel awkward because I know Melissa does not want a big bridal party… had I not been privy to this info, I would have happily said yes already!

Are they trying to match sides? If so, she might have just caved to your brother who wants X groomsmen and so you are now on the BM list. Honestly this stuff is a mess and their job is to muddle through as best they can. If you really would be fine being a BM at 8 mo pregnant and would love to stand up there for them (even if you would also love to do some other job) then just say "Yes! (and of course I would be thrilled with any other job you wanted me to do.)" to reiterate your position in case their plans are not perfectly firm. But otherwise just let them deal with the numbers decisions, and hopefully she wouldn''t have asked you if she wasn''t prepared/wanting to have you in the wedding party. If you are friends then just write off her comments about reasons as awkwardness. I certainly did a horrible job of it and don''t think it means she is really only asking you over obligation.
M

njc, it kind of sounds to me like she really does want you to be a BM but is trying to be considerate of your pregnancy and worried that you would be uncomfortable. Maybe by bringing up all the other possible duties you could participate in she was trying to give you an out, not necessarily for her own reasons but considering how you might feel about it. If you feel comfortable being a BM while pregnant and want the job, then by all means I think you should...I don''t think she''d have gone to the trouble of asking you if she hadn''t really wanted you up there with her, but then again I don''t know you, her, or the situation all that well so I''m obviously just speculating here! For the record, I did have my SIL who I am not completely close to but love her just the same to be in our wedding party. She and I are the same age and get along well but we don''t see each other often or talk on the phone or email or anything, but I wanted her in my bridal party and DH had my brother as a groomsman as well, for us it was all about including family. Good luck with your decision, let us know what you decide!
Pronouns: she/her

Cara - I dont know if they are trying to match sides... maybe? I just feel bad that I know she wanted small and if I am included, I know its not small (4 vs 7). Had she not talked to me about it, this wouldnt be a problem.

Monarch - Actually, I was the one bringing up all the other jobs to try and help her out. She wants to include everyone (bros and sis'' from both sides, plus friends), but didnt want a large bridal party, so I commented that there are always other things people can do and volunteered to be one of those people to allow her to be able to have her close friends and cousins be BMs and keep it small. Like you, when DH and I got married, we had everyone (siblings from both sides and friends), but that is what we wanted and didnt mind that it was big. I just want her to have what she wants.

My brother never called me back, so trying to not ignore her, I sent a response pretty much like I have been. I would be happy to be a BM (pg or not), if that is what her and bro want, but would also be happy doing something else, since I know she wanted small. If they have decided to go big, yes, I will be a BM, but if she wants to keep it small, I dont have to. I also commented that I wasnt trying to be a pain, just flexible. We''ll see how it goes...

I think your reply was appropriate - let''s see what they say! I think it''s nice that you''re trying to be flexible and not have them do things because they feel an obligation.