Scooter the oldest cat in the world dies...


A Siamese cat recently named by the Guinness Book of World Records as the world's oldest living has died.
Scooter celebrated his 30th birthday on March 26.
His owner, Gail Floyd of Mansfield, Texas, has said he had died by the time Guinness confirmed his title on April 8.
Doctor Tricia Latimer, a local vet, says Scooter had lived to the equivalent of about 136 human years.

Owner Gail said Scooter had lived so long because he stays active and keeps busy by travelling.
Apparently he had visited 45 of the 50 states in America.
Some of his favourite activities were said to include getting blow-dried after baths and snacking on chicken every other day.
She adds that as a kitten, Scooter liked to play in her hair and even got used to riding on her shoulder, going with her wherever she went.
He used to wake her up every morning at 6am, "talking" and jumping around, and was always waiting by the door when she arrived home from work.

Scooter wasn't Guinness World Records' oldest cat of all time though.
That honour belongs to a fellow Texan cat, which lived to be 38.
Click to expand... 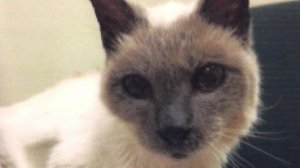 Wow. I knew a cat that was 23 and I thought that was old! RIP Scooter.

He looked really good for his age.

Goodness if it's hard to let them go after the average # of years I'm sure the pain magnifies with this amount of time...

Thanks for sharing Scooter's story. I can't imagine the bond he must have had with his caretaker after living together so many years. That's amazing. He will be sorely missed.

Wow that IS old. Especially for a Siamese, I have owned Tonks and Burmese and generally they don't live as long as some other cat breeds. My Mother had a persian that was 23 and my aunt a persian that got to 24 and we though they were really really old....

Missy, thanks for sharing this. What a faithful companion and friend Scooter was. Just a BFF. RIP Scooter.

What an amazing long life Scooter had. It must be so incredibly sad for his owner to lose such a long-time friend.

Scooter had a wonderful, and I am sure his parents miss him greatly. RIP kiddo.
"So often in life, things that you regard as an impediment turn out to be great, good fortune." -- Ruth Bader Ginsberg
You must log in or register to reply here.
Be a part of the community Get 3 HCA Results
Jewelry Blog