Help! Nature has a way of speeding things up. I need particulars on finding a Catholic priest to officiate at an outside wedding in Charleston, SC. Tacori E Ring attended such an affair, so I know it''s possible. The wedding is scheduled for early March. Spare us the lectures on doctrine. Tacori, if you read this, please respond with specifics. Thanks.

I can''t comment w/ regards to the timing but I know it''s tough to find a priest that will do a ceremony outside of a Catholic Church. I think you would have to have a relationship with the priest before he would do something like this.

Thanks for the info. I will forward to the bride''s parents. One parish outside Hilton Head definitely performs destination weddings in their church for a whooping sum of twelve hundred bucks! I believe it''s St Gregory''s. Charleston Diocese has a 6-month wait rule. Other regions are different. I know the outside venue is not considered the real deal, so the church ceremony would have to occur later. Money talks....

I think their priest was actually named George Bush which is kind of funny. They had to go down and have meetings with him (counseling) several times before the wedding. Also I should mention that they did NOT have their wedding in a church but on the beach. They had a small church wedding (I think with just their parents) a couple months later.
*****************************************
Expectations are nothing but premeditated resentments.

Thanks so much. I will check it out.
D 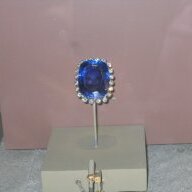 What do you mean by the 6 month rule wait? That you have to be engaged at least for 6 months before they will marry you? I got married in the Charleston Diocese, even though I live in DC, but I doubt I would be much help b/c I got hitched in a church.

It was a really lovely location. They got married on the lawn but it over looked the water. The "house" is a little on the small size though. I don''t know how many guests you are planning but I would say 100 would be ideal there. They had way too many and tables had to be moved out to make room for the dance floor. The had the RD in downtown Charleston (I don''t remember where though, sorry!) They obviously did not have a full mass or anything but it sounded traditional to me (from what I can remember!) They are both 100% catholic but I don''t think the parents minded them not having their big wedding in a church. After all they were living together before so they were not obviously too strict. I am not catholic or even religious so you will get no lectures from me. We had a completely unreligious ceremony and I thought it was beautiful. Do what ever is right for you and your FI and ignore everyone else.

Okay. Earlier, I posted the officiant''s real name (good memory post) and then removed it for fear of reprisal. Evidently, it is a major taboo to be married outside of the church. My contact stated that no priest in the diocese would preside over ,much less bless the event. So... off went the name. I learned something else very interesting. The new General Vicar in SC is enforcing the convalidation rule. That means now a couple would have to wait 2 years before they could ask the church to validate their civil wedding. I am not sure what they''re enforcing in NC. My couple will be settling there. Yes to six-month engagement in SC. In NC it''s 9 months. In NJ it''s a year. This can be waived at the discretion of the priest. Pregnancy after formal engagement is one scenario in which the time factor would be waived.

Do they have a priest that they are close to?

I live in one city, but was married in my hometown of Baltimore. I did not want to get married in the church my parents belong to (quite frankly it''s ugly and we wanted everything in one area in downtown Baltimore) so I "shopped" for churches. Many of the churches that I looked at that allowed Saturday night weddings were BYOP. Bring your own Priest. I contacted a priest that I knew from high school who is a chaplain at a Catholic College and he happily celebrated our marriage with us, w/o making us jump through hoops. He was fabulous and it was wonderful to have someone who knows me celebrating with us.

This couple''s best luck might be bringing along their own priest to officiate who can sign all of the paper work for them, etc. 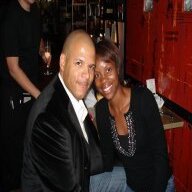 I live in Charleston. I''m not Catholic but my best friend is. I will ask her if she knows of any priest that perform weddings outside the church on such short notice for you.
"diamonds are forever"

I was told by a Roman Catholic (and also by a Melkite Catholic) priest that they do not do weddings outside of the church because it is a sacred ceremony. I''m not sure if that is only his personal policy, but at the time he told me, I thought he meant all RC priests will not do it outside.

Often it is very hard to get a priest to preside in a shotgun-type wedding, especially if you don''t have one that you know personally. Probably not impossible, but I would definately do as you''re doing and start researching and making phone calls ASAP.

I do beleive that a Protestant minister can and may do a wedding outdoors though. Or a Unitarian minister.

Whoa, thanks for that clarification, Tacori. I hope the other "Father Bush" has not received any nasty phone calls from the diocese. I collected a list of officiants to send my friend. It will be interesting to see who gets the nod. I''m pretty sure it won''t be Catholic.