Hi,
My boyfriend purchased a stone for me at a reputable store and I am trying to get an idea if we got ripped off or not. He made the choice of carat and color over clarity. Could someone please give me an idea about this? It came with an IGI appraisal and is laserscribed.

He paid $2975. It is being put in a Tacori setting. The big blemish I could see under the microscope was a red spot inside the stone in the corner, like a little crystal inside of it. It was almost covered by the setting it was in at the time (it was already in a plain gold band). The salesperson gave some dumb pitch that it is rare, blah blah blah. But we went with it because it was not noticable from the naked eye. I must confess that I got caught up in the moment and wasn''t thinking clearly about all my options. Can someone please give me some realistic comments about this stone?
Thanks

That's a lot and more than I would want to pay, but not out of line for a jewelry store, where you can see some hefty mark-ups. I'm assuming that's an I1 clarity and not something worse.

The dimensions of that stone are a little odd; did you copy them down correctly? Does it look square or slightly out of square?

Clarity can be more important when you're talking about squares and rectangular cuts because it's easier to see inclusions. But if you really can't see it with the naked eye, then it's not such a big deal.

Worst case, you can get it independently appraised. What is the store's return policy?
J

Those are the right dimensions, I copied them off of the card that came with it. It does look slightly off-square. I have 30 days to return or exchange it. I think that when I get it (it is still being mounted), if I can see the spot in natural light then I may exchange it. What is IGI? I am not seeing any references to it. Thanks for your quick reply!

IGI is the International Gemmological Institute. They are not one of the more respected labs but not the worst either. I dislike them personally because they have a tendency to provide wildly inflated appraisals with their grading reports, which is probably what you've got if it's one of those plastic credit-card sized things.

What matters is that the grading is correct. IGI is usually not that far off, but you should get it independently checked out if you're concerned.

IGI is International Gemological Institute, a "major" gem laboratory which is popular with the mall chain stores.

GIA and AGS are considered the most credible laboratories, with the US EGL Labs not far behind, and then IGI coming after them (in my opinion). Their grading is sometimes correct, and sometimes on the liberal side (in my experience).

The mall stores are operating on a considerably higher overhead, and have to pay for this with the profit they make on their jewelry. They also are big sellers to credit buyers, as opposed to cash buyers. The internet vendors are generally selling to cash buyers, hence offer lower prices.
Rich, non-Independent GG Appraiser
Sarasota Gemological Laboratory 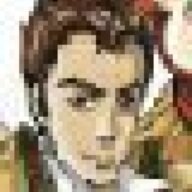 I'm not in 'the trade' only a shopper like you... If it were me I would do a quick pricescope search, which I did, and for your $3,000 budget, I could buy a much nicer stone, with a larger diameter, better clariy, and the same color. I would give up some carat weight... but if it actually 'looked larger' who cares...

I'd consider returning it....the "blemish" may be unnoticable to you NOW, but I GUARANTEE that after awhile it will get to you. I have an si2 princess cut---and it's true that the square shapes make the inclusions very visible from the side view. What I "didn't even notice" when I bought my ring is now a daily reminder of my impatience and "caught in the moment" decision.