People Are Sharing The Weirdest Things About Their Families

Does your family have any "weird" things to share with Jimmy Fallon?

What would your hashtag be?

People Are Sharing The Weirdest Things About Their Families, And It’s Hilariously Relatable

Jimmy Fallon's recent Hashtags segment #MyFamilyIsWeird reminds us that every family is a little crazy. It's always scary to introduce an outsider to your folks and their bizarre ways. But the fact that everybody else has to go through the same thing should provide some comfort.

At our annual Christmas gatherings, my 16 cousins and I, ranging in age from 49-18, still play sardines (hide and seek in a group) and forehead cookie during our white elephant gift exchange.
A

I'm coming to your Christmas, LLJs, you guys have fun

My family of origin weird thing is for everyone to be tense and phoney until a few hours/drinks in and then its Every Person for Themself until the first person to get super angry goes outside to sit in their car.
M

My family is pretty boring (not that they are entirely functional; just not "quirky" per se) but one of my good friends shared with me last night and this is too weird NOT to repeat: on Thanksgiving, they have "Corn Races." This apparently means that whomever has visible corn in their poop first after Thanksgiving dinner wins a prize. Allegedly there is an honor system in place, so that no one else has to actually examine the contents of the toilet to determine the win.

We had this conversation over a pretty expensive bottle of Cabernet Sauvignon at a very upscale restaurant bar, which made the story (or, I suppose, its retelling) even more odd.

I really WAS wavering between laughing and shaking my head in dismay.

I have found that families who've been through a lot of difficult things tend towards humor, whether it is the potty variety I described above, or the silly/prank type. My family laughs a lot; we have dealt with my father's cancer with dark humor/levity for years now. Some of what we joke about would really offend people, but it works for us. My friend, whose story I related above, and her family, have been through some absolutely awful things. Her brother, who instituted the Corn Races game, is a Chicago police officer and has seen the worst of the worst. My friend's fiance committed suicide on Christmas day almost a decade ago, and she no longer celebrates Christmas at all, despite being a semi-devout Catholic (if that's a thing?). Etcetera, etcetera.

Not sure I'd call these traditions or norms "weird." I'd probably refer to them as "interesting," instead. "Weird" implies that there is something negative or wrong with these acts, and the examples posted thus far have been anything but. (I do understand that headlines and ratings are involved, and shock value/SEO is, as well.) Hats off to everyone who has "weird" or "interesting" traditions--and I hope they all know how blessed they are to have folks with whom to share the holidays.

One thing I think is pretty funny is my lil brother is a pretty big gamer, the type where you play with other people on your computer. Two of his favorites is World of Tanks, and zombies versus humans (not sure what the name is, but you alternate playing the zombie or the human). My 70 year old Mom will get into playing these games too. The entertainment value is watching her trying to shoot things while swearing and saying oops, and other people who are playing swearing, asking why she did that move, etc. Hopefully I will get to witness this possibly after Thanksgiving dinner, after everyone has had a couple drinks. ETA - game is called Left 4 dead 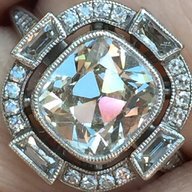 When they were little, one of my six kids (can't remember which one) farted and when another one of the kids asked "What was that?" They responded "My butt quacked". Now, any time someone let's one rip, everyone says " quack!"....the potty humor might have something to do with the fact that most of my kids are boys.

The "meowing" tweet made me smile because my DH and I have a similar "call". He is the only person I know who can make this particularly high pitched "squeak" (it kind of sounds like a bird chirp I guess?) He uses it to call our dogs, and to "call" me when we lose each other in the store. I can't "squeak" back since I can't make the noise, but it helps me locate him He also likes to use it to get my attention in a crowded store since it avoids him having to yell my name, and no one else but me responds to it. We are a weird little family
You must log in or register to reply here.
Share:
Facebook Twitter Reddit Pinterest Share Link
Be a part of the community It's free, join today!
JEWELRY BLOG