Pain from an IV drip - what would cause this? 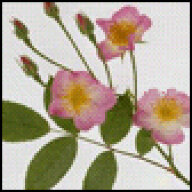 Note: if you have needle/blood phobia you probably shouldn''t read this. It''s nothing nasty but could squick you out.

I had a minor surgery this morning that required being put onto an IV drip. I''ve never been on one before, but I have very small veins and I was aware of the possibility that it may not be the easiest thing to have happen. My veins are so small that I cannot even donate blood, as the needles they use are bigger than they are. So I was prepared for an unpleasant experience, but it unfortunately exceeded my imagination.

When the nurse came in to start the IV, she rubbed the site with alcohol and managed to locate a vein on the top of my left hand after much poking, flexing, tapping and tightening of the arm band. Once the IV was in, the site started burning and then a burning sensation began further up my arm by my elbow. It was very intense, unpleasant pain, nothing like the little pin prick to place the IV. I immediately told the second nurse when she came back that the IV was incredibly painful and she fiddled with it and said it was flowing correctly and was in the vein properly so she wasn''t sure what the problem was, and said to wait and see if it would pass. After 1 minute of pain so excruciating I was gasping back tears, it began to subside and then it was fine.

After about two hours of uneventful waiting, I was wheeled into the OR where the anesthesiologist started fiddling with the IV to introduce the anesthesia. As soon as he touched the tube the site of the IV started throbbing and I told him it hurt. He stopped and looked at the IV, and pronounced it to be flowing fine and situated fine, then touched the dial (?) to start an anesthetic flow on the IV and I nearly shot off the bed in pain. Every time he turned the flow on it was like sticking a knife into my hand. Obviously, he stopped everything and everyone and redid the IV himself into my other hand - but this time there was no pain and no burning at all. The second IV wasn''t located on the top of my hand, it was in the fleshy part of my hand where my thumb joins the palm.

So I guess my question is, how could an IV that three trained professionals pronounced to be done perfectly fine with no complications cause SO MUCH pain, and has anybody ever experienced this before or heard of it? My surgeon was at a loss, at our post-op consult she said she had never seen anything like it.

ts44- I''m an anesthesiologist myself and have definitely seen patients complain of pain in IVs that were working absolutely fine. No explanation really, but it''s not super uncommon in my experience. IVs in the hand generally are more sensitive, because you have more innervation to that area. Perhaps this was the problem? Sorry to hear that it was so unpleasant for you, though! 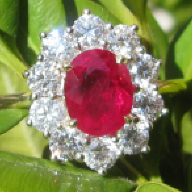 It may also be that the vein was narrow enough that the fluid flowing through the IV was burning the vein. If there is such a small lumen, there may not be enough blood vlow to dilute the IV fluid, thus causing the burning sensation even further up.
"Like a good cognac... full bodied, well aged, with a slight bite at the end." ~colorluvr

My guess is the IV needle was touching a nerve. I had this happen at the beginning of my pregnancy for a simple blood draw, and they can''t really do anything other than replace it. It hurts like a mofo, though!

That is awful. I hope you are doing better now.
Marcy
I

I''ve only had an IV a couple of times but this happened to me once. I''m not sure if it was placed incorrectly, but the IV fluids burned all the way up my arm, and I also got a lump of scar tissue in the vein where the IV was. It was not fun! I''m glad they were able to fix it eventually.

Thank you all! I''m glad to know it isn''t that uncommon (although not so glad for the people that have had it happen). I am doing well also, no post-op pain at all. The anesthesiologist who was in the OR with me handled it exceedingly well I thought, as soon as it became clear that there was something wrong, he re-sited the IV in my other hand so quickly and painlessly I wished to high heaven he had done my first one. Props to anesthesiologists!