Opinion: Inclusions on the bottom of a stone 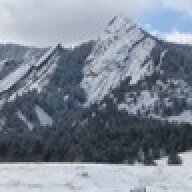 Hello! This is my first post but I have been lurking for a while. My boyfriend and I have been shopping for rings, and I would love the PS opinion on a stone that we saw. We don''t have a huge budget, but I''m looking at 1ct round brilliants. I was pretty sure that a G/VS2 was my absolute minimum standard, but a jeweler showed us an I/SI2 that seemed appealing (especially because it''s a LOT less than he had planned on spending.) They tried to tell us that it''s really closer to an SI1, and the grader must have been having a bad day. I''m not falling for that!

Let me preface this discussion by saying that I have appallingly poor vision. Even with a loupe, I have a hard time seeing even the most obvious inclusions. I could not identify any inclusions on this SI2, although both my boyfriend and the GIA report say that there are two tiny ones on the outer edge of the face (could be covered with a prong.) I think the reason that it is rated SI2 is because of the bottom...I still can''t see it, but the report shows numerous small inclusions on the bottom of the stone. How much does this affect the brilliance? It seems like no one would ever see them, but I''m worried that they''re absorbing light.

Your opinions are much appreciated!!

I am by no means an expert, but I would ask about the type of inclusion. Does it penetrate the surface of the stone and possibly affect the structural integrity of the diamond?
B

Inclusion plots are 2-dimensional, so I''m not sure what you mean by inclusions being in the "bottom" of the stone.

inclusions in an eye-clean SI1 or SI2 should not really affect the stone''s light performance, from what I have read here.

But the inclusions may be visible with the naked eye.

Usually inclusions in an accurately graded SI2 won't affect brilliance. This sounds like it could be a great SI2, if you love it then see if the vendor will let you have it appraised for your peace of mind before the sale becomes final. What is on the report inclusionwise can look worse than in actuality on the diamond.
Pricescope Prosumer

Thank you all for your opinions! I think having the stone appraised is an excellent idea.

I''m sure that I''m describing this poorly, but by "bottom of the stone" I mean the part that you would see if you were looking through the pavillion to the face. So when you look at the face, you don''t really see anything, but when you look at the stone from the opposite side, you can see little lines (???). I don''t know what they''re called, but they are squiggly lines on the report.

I''m sure that I''m describing this poorly, but by ''bottom of the stone'' I mean the part that you would see if you were looking through the pavillion to the face. So when you look at the face, you don''t really see anything, but when you look at the stone from the opposite side, you can see little lines (???). I don''t know what they''re called, but they are squiggly lines on the report.
Click to expand...

Firstly if the diamond has very very small inclusions and is graded SI2 then there is a chance it has graining or clouds - sounds like graining which can show up as lines.
An appraiser can save you from buying a stone where the cloud inclusions or graining do drop the light return.
Here is a nice summary of a G&G article on graining
http://www.idexonline.com/portal_FullNews.asp?id=27275

Personally I do not like the idea of very clean SI diamonds - the graders never have a bad day - they know exactly what they are doing. I like honest near eye visible but brighter and sparkly SI2''s.

The clarity from the back does not count and often a VS stone has eye visible marks from the back - but VS from the front is all that counts.
Garry Holloway BSc FGAA DipDT
Sparkliologist, Jeweller, HCA and Ideal-Scope Inventor
HollowayDiamonds.com.au Ideal-Scope.com HollowayCutAdviser.com

Thank you for that article. I wonder if that is the issue with this stone.

After all this, I''m just not confident in the diamond. It may be a great find, but it''s more likely a case of "you get what you pay for," and I don''t know enough to tell the difference. I think I''m going to spend a little more and get something that I''m comfortable with from WF. Thank you all for your help!

we have too little info to frighten you off that stone

You''re right. I actually went back to look at the stone today and saw some other SI2s that were just awful. It made me appreciate the first one I saw, even with whatever is going on with the bottom. BUT...then I saw a F/VS2, and I loved the super-white color. I didn''t realize the warmth in the I stone until I saw the F. The F/VS2 is a bit out of our price range, but I think I''ll split the difference and look for a really well-cut G/VS2-SI1.
I will probably be back for more advice when I get it narrowed down. In any event, I really like the idea of a third-party opinion if I buy from a local jeweler. Thanks for the tip!