Need help finding a place to get a setting in socal

Hello, I''m new here(1st post) and very glad I found this place. I''m planning to propose to my gf in a couple of weeks and I''m planning to buy a loose diamond then propose with just the diamond and go ring shopping with her the next day so she can pick out exactly what she wants. I live in southern california(OC) and need some suggestions on good B&M retailers in the socal area. If anyone knows a good place with reasonable prices and service please recommend!

Looks like i''m gonna be overspending a little more on the diamond than I originally planned to so I need to find a better deal on the setting. Diamond will probably be from WF. Also anyone have experience getting a setting online after having the diamond in hand? I don''t know if I can trust a seller enough to send a diamond to a e-tailer get it set. Thanks in advance.

If you wanted to brave it...you could go down to the jewelry district in LA. However...I find some of the stores there really repulsive. For a good deal, I would check out knoxjewelers.biz even though they are online. They have some very reasonably priced settings and are fabulous to work with if you already have a stone. They made a custom ring for a garnet stone I already had and did a great job and were really nice to work with.
R

You could make an appointment with Maytal Hoftman (she''s in LA) and have your GF / FI design a ring with her.. It would be unique, but a bit more pricey. Maytal is very reasonable though, in my experience (but then I haven''t been looking for a simple setting either).
L

knoxjewelers.biz looks pretty nice. except everything I see is in 14k white gold. In any case I''ll probably show her anyways. I know she likes a setting from BN but I''ve heard they don''t just do settings. Thanks for the suggestion.

Now, I feel the custom route probably be too expensive. I''m also in the house at the moment so I can''t splurge on the e-ring as much as I would like to. Although being on this site the temptation grows by the minute 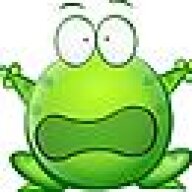 hi there
I live in southern cal -- and although i don''t know much about other jeweler in the jewelry district-- I can vouch for OSCAR design jeweler in the LA jewelry district- I am having my e-ring done there Oscar is a really patient , non-pressuring man and he will custom make any setting you want The best thing about his policy is that if you change your mind later, he will take whatever it is back and redo another setting with you Try to go during weekdays since it''s less crowded there Congratulations and good luck

. I''ve used a little shop near the Main Place mall in Orange for quite a while. It is no Tiffany''s or Cartier, but, they are always very helpful. It is near DH''s old office and he just happened to hit it while he was on his way to Party City. It just says Jewelry Mart on the outside. There are a few vendors with booths in the shop. We''ve only used the one in the center as you first walk in. The address of NGY Jewelry is 763 S. Main Street #188 . Orange . CA . 92868. I''ve found their prices to be very reasonable for a B&M. I do think you can find better prices online, though. They carry many designer brands, too.

Also, have you thought of just having WF set the stone in a temp setting so GF can take her time in choosing a setting and still get to wear her ring? Will this be a complete surprise?

And I''d check out Maytal Hoffman...I had NO IDEA she was in LA!!!! I''m totally going to give her a call if I can ever get my project off of the ground. Her work is soooo beautiful! Anybody have contact info for her????? 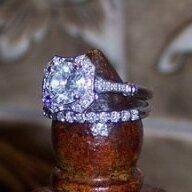 I''m in So Cal too. I bought a setting from Readers Fine Jewelry in Santa Monica. I wouldn''t call them "bargain", though. He does have a nice selection of designer rings. I bought my Vatche from him. He also had some Danhov rings, which are beautiful!

If you''re anywhere near Placentia, there is a place called Jeweler''s Touch. I haven''t bought anything from them, but it''s a very nice store.

If you make it downtown, there''s a place in the St. Vincent Jewelry Center called Person Touch, they''re located in Plaza-II space H13. Haven''t bought from them either, but were very nice and helpful when I was looking.

There is also the Fullerton Jewelry Mart. Therew are bargains to be found there for sure, but be careful! Quality and honesty aren''t their #1 priority. But I did buy a diamond pave pear shaped halo setting there and have had NO problems with it -- the quality seems very good to me. I had them set my diamond that I had bought there uncertified in 1994.

Good luck and take some time looking around. Once you and your girlfriend get an idea of what you are looking for, you might decide to buy it online. Have you thought about having it set into the least expensive solitaire they have so that she can wear it while deciding on a permanent setting? I put my most recent upgrade into a $150 setting and wore it for a few months while deciding what I wanted.

I am not sure I understand your concerns. I think Whiteflash would be the best to set it
If you are planning to buy the diamond from Whiteflash....why would you be reluctant to send it back and have them set it?

Why would you feel more comfortable leaving it with a local jewler you have not had business with?

I felt just the opposite .
I believed if I sent my stone back to the online vendor I purchased it from I could feel safe they will set the stone , take responsibility for setting their stone and do it right
If I trusted them to purchase the stone I could trust them to set it

ALSO, my understanding is that most jewelrs will not assume liability for the stone if something happens when they are setting it and the stone was not purchased from them

I purchased my diamond from an online vendor. I recieved the diamond, had it checked out by an appraiser, and when I had decided on the setting (a custom setting which I designed), I sent the diamond to WF (not where I got the diamond from) to be set. Went flawlessly. 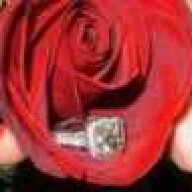 I don''t know how far South you are willing to go but my boyfriend and I have had great experience with Charles Koll, a B and M in the Fashion Valley mall and in La Jolla UTC mall in San Diego. They do a lot of custom and have a variety of settings. I think they are used to people bringing in outside diamonds and they are very willing to help with setting ideas, etc. I would suggest it if you are willing to go there. Check out their website at www.charleskoll.com . Hope this helps.
L

wow thanks for all the replies and suggestions. Actually the more I''ve been thinking about this I actually was thinking exactly what anlyticangel suggested. I too feel that since it''s their diamond, I''m guessing that they''ll take responsibility for the setting and the diamond.

Also this is the first time I''ve heard about a temp. setting from WF. Miranda, do you have any other details on this? well I guess I should ask WF about. and yes, I''m hoping that this will be a complete surprise.

Looks like my plan will be to propose. Then take to a couple of retailers you guys listed here (some are really close by) and also show her WF and couple other websites. Having a temp really sounds like a great idea at this point if it doesn''t cost too much.
Thanks for all the help