Can not understand, I bought the best camera and the best lenses.

Checked out all the various websites for help also, but the photos still come out looking amateurish.

Indirect sunlight or diffuse lighting - a white box is best. It helps to have something to hold the piece of jewelry in position so you can see it well - a ring box or little plastic clips or sticky tac or something. Macro lens. A tripod/stand is best but otherwise hold really still. Quite frankly, I don't use a Real Camera but my iPhone, and just recently got an Olloclip and really like it (I used to just hold a loupe up to the iPhone lens but this works a lot better). A lot of it is just practice and taking a ton of pictures. 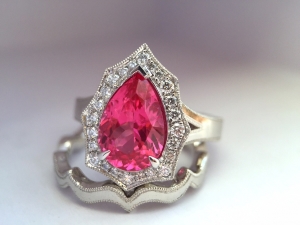 Please post a typical pic of what you are unhappy with and tell me which camera model and lens you have.

Usually the problem is even the most expensive DSLRs and lenses can't focus close enough to fill up the sensor with the diamond.
So, people do two things:
1. They get the camera closer anyway so the pic is out of focus.
2. They get only as close as their camera can focus (a challenge unless you have a camera that can focus manually), but then the diamond is too small in the pic. Often the camera decides what to focus on and it's NOT what you want.

If your camera has 24 MP but the diamond only takes up 10% of the sensor (frame or view) you are effectively using a 2.4 MP camera.
90% of the pixels, and therefore the resolution, is going to waste.

Sure, you can crop in tighter after taking the pic, aka in post.
That will fill up the frame with the diamond BUT it will look blurry because, again, the pic was taken using only 10% of the sensor, so you only get 10% of the the resolution you would get if you could somehow fill the sensor with the diamond.

Enter the macro lens.
A macro lens lets you move in closer and still focus.
A true macro lens gets you to a magnification ration of 1:1.
That means the size of the image of a penny projected onto the sensor is the same size as the penny itself.
Even then diamonds are too small to fill up the sensor, unless you are photographing a 500-carat honker belonging to the Queen of England.

Even the $1,800 holy grail of macro lenses, Nikon's 200mm f4 D can only get you to 1:1.
You need more magnification for diamonds that we mortals can afford.
For instance a 1 ct is around 6mm, but a full frame DSLR's sensor is 36mm wide.
To enlarge a 6mm diamond to 36mm you'd have to magnify it 6 times more than the best macro lens, alone, can.

Enter extension tubes and bellows.
They have no optics; they just move the lens away from the body.
Bellows can move it further and is continuously adjustable.

Here's my 200mm macro on a Nikon PB6 bellows, fully extended.
Note, the camera is not there, but goes on the right side.

But what if you want to get even closer?
Then you can mount a lens in reverse at the end of the bellows.
This is a reversed wide angle 24mm Nikkor on that bellows.
This is that tiny GIA laser inscription on the girdle of a green diamond.

Granted, this is extreme.
You don't have to go this far.

Depending on what you own I can advise you on the next step.
There are other routes to take that are less expensive than what I've done, but you get what you pay for.
I went into all that because you said you already bought a good DSLR and lenses.
For many people just adding an extension ring gets them close enough.
But buyer beware, compatibility with your model of camera and lens can be a can of worms.
All this said, equipment is useless without technique and knowledge.
With macrophotography there's lots and lots to learn, and the Internet is your friend.

FWIW, here's a pic using no bellows or extension tubes, just a good macro lens on a full frame DSLR. 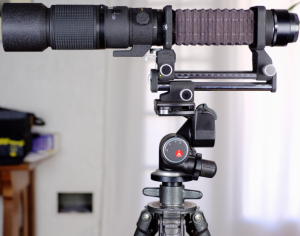 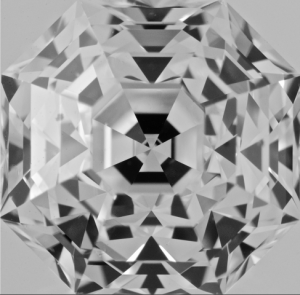 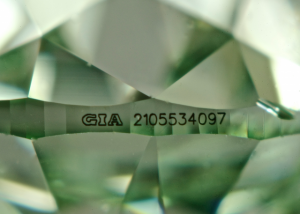 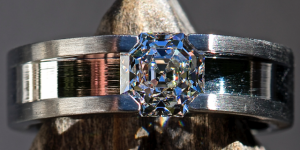 Yes, Kenny is the one with all the knowledge.