Iranian Attempt To Assasinate Saudi Ambassador To The US?

The Justice Department today released a statement that two men linked to the Iranian government have been arrested for allegedly attempting to assasinate the Saudi Arabian ambassador to the United States. The backstory is apparently going to be fascinating and involve Mexico (from what I read). Here is a link to the released document from the DOJ.

I wouldn't be at all surprised if it soon is! I can see the scene in which the two conspirators discuss the need to "do" the Saudi ambassador immediately although US Senators lunch at the same restaurant he does and that if 100 innocent people die, "fu*kem"!

"The New York Times" reports today that some people believe a rogue element of the Iranian Revolutionary Guard was behind the plots to assasinate the Saudi Arabian ambassador and the other plots (to bomb Saudi and Israeli embassies in Washington and Argentina and supply drugs from the Middle East to Mexico). Other people believe that the plots had the full support of the Iranian government. Here are two excerpts from an article published this morning.

"Secretary of State Hillary Rodham Clinton expressed her incredulity in an interview with The Associated Press.

'The idea that they would attempt to go to a Mexican drug cartel to solicit murder-for-hire to kill the Saudi ambassador, nobody could make that up, right?' she asked, also saying that the plot 'crosses a line that Iran needs to be held to account for.' "

On the other hand, experts express differing opinions as to how far up the line responsibility for the decision for these attacks went.

"Rasool Nafisi, an Iranian-American scholar who studies the Islamic Revolutionary Guards Corps, said he thought it unlikely that the plot was approved at a high level by Iranian officials. 'It’s not typical of the Quds Force or the I.R.G.C. to operate in the U.S., for fear of retaliation,' Mr. Nafisi said. Iran’s last lethal operation on American soil, he said, was in 1980, when a critic of the Islamic government was murdered at his Bethesda, Md., home.

Mr. Nafisi said it was conceivable that elements of the Revolutionary Guards might have concocted the plot without top-level approval, perhaps to prevent reconciliation between Iran and the United States.

But Iran’s Islamic government has a long history of attempts to eliminate enemies living overseas, said Roya Hakakian, author of 'Assassins of the Turquoise Palace,' a book on the murder of four Iranians in a Berlin restaurant in 1992. A German court found that the murders were approved at the highest levels of the Iranian government.

The gunman in the Berlin killings was also accused of plotting to kill the Saudi ambassador to Sweden, Ms. Hakakian said." 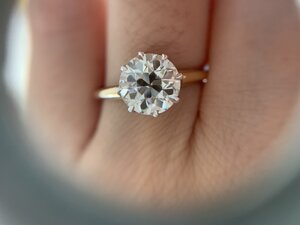