My SO and I are headed to New Orleans on a planned vacation and I've planned the surprise proposal for the trip. Her parents live in the same town as us and she and I are both close to them and see them often. Since flights are relatively reasonable right now, I can fly her parents to New Orleans for the same weekend as a surprise - to be there and celebrate right after the proposal. I think this would be a great surprise and, in fact, have heard my SO reference another friend's proposal where she was surprised by a party with her friends and family right after the proposal as a "great" idea. After the proposal, I would do a bit where I say, why don't you call your parents...but instead have them walk in when they answer the phone. Then we would leave them for the rest of the evening to do our own celebrating but catch up with them the next day.

But my other train of thought is flying them into a town where they don't know anyone on a trip we originally planned to be on alone, we will feel somewhat compelled to spend most of the entire weekend with them instead of on our own - not that there is anything wrong with that. But it is her "engagement" weekend, which is supposed to be romantic and how romantic is spending some (but not all) the weekend with your parents?

So my question is, would having her parents involved ruin the experience? Or, is the surprise worth it for this once in a lifetime event?

I think it sounds like she would love having her family there. If she has made a comment that she has liked a friend that did the same thing I think that is a give away.... I would say some people like spending time with there Other right after, but really it each person is different...... If you think that she would love to have her family there then i think it is a great idea.....

Maybe you could even spend a few days with her and then ask her to marry you on the last night that way you had some romantic time to spend together and she gets to see her family!!

I think if she has already mentioned she liked that idea then it would be ok. However, I would not take the time to invite them to fly all the way out to suprise her after the proposal and then you dump them for the night! I would be very upset with my hubby if he had have invited my parents to be there and then expected us to celebrate without them. Not cool in my book.

My hubby did something similar. He proposed a few hours before my 30th birthday party. Little did I know that my parents who live in another state were already on their way to suprise me for my bday, but we had a bigger suprise from them, that he had just proposed. Was so nice to share it with my family.
D

I would suggest talking to her parents about it.

I am very close to my future in-laws, and I know that if I mentioned to them that I would like to fly them to New Orleans for a post-proposal party, they would be thrilled. But they would also also be completely fine with entertaining themselves for the rest of the weekend, so my fiance and I could have some time alone.

It sounds like it would be a great surprise to have her parents there, but there is something really nice about having time alone to celebrate your engagement. If you would feel obligated to spend all weekend with her parents, then I would suggest leaving her parents at home, and having the big party when you get back from New Orleans. 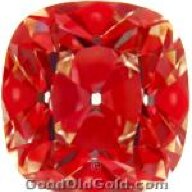 I agree with alot of the other comments. Can I make a suggestion? Go through with your planned proposal toward the end of your trip. Plan ahead of time to rent a hall/private room at a restaurant and have her family/your family and both of your friends waiting there an hour or so after your flight is scheduled to arrive. On your way home, tell her you want to stop for a bite to eat and take her to the restaurant where they will all be waiting in the private room for a big surprise engagement party She will still be high from the engagement and will, I'm sure, LOVE to have her family and friends there to share in her joy
You must log in or register to reply here.
Share:
Facebook Twitter Reddit Pinterest Link
Be a part of the community It's free, join today!
JEWELRY BLOG