How much does the tooth fairy leave at your house? 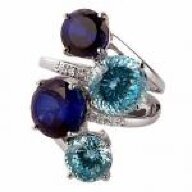 Just put on my wings and left my $ as the tooth fairy. It took forever to find it! I hate doing it, i always think he will wake up! I made the mistake once of not having any cash and had to borrow from the neighbor.

After that i went to the bank and got $20 in $2 bills. He thinks those $2 bills are pretty special. Although tonight he said he was hoping for a big dollar coin. Sorry buddy. So how much does the tooth fairy leave at your house?

We never had a tooth fairy when we were growing up. But I just wanted to say, you're such a great mom. Maybe you can make a special "tooth fairy jar" that your son can decorate etc. It'd be way easier to find a jar than a lone tooth under a pillow.

My DH has this little tooth fairy bear that his grandma made, it's ratty and old but I didn't even hesitate when he asked if we wanted to use it for the girls. It just has this little fabric flap around the tummy that the tooth goes into. http://www.etsy.com/search/handmade?search_submit=&q=tooth+fairy+bear&view_type=gallery&ship_to=US there are TONS of really cute ones!

Anyhow, back to the question. The tooth fairy doesn't actually give money at our house. Here she brings a little $5 to $7 toy, usually something they haven't expressed interest in so it doesn't raise suspicions. They're growing up too fast though, I don't know how much longer I can keep it a secret!
Married my love on June 30, 2011 and welcomed our little Hannah into the world October 4, 2013. Life is sweet! 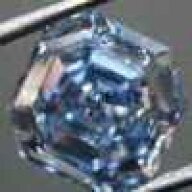 Haven't had to be the tooth fairy yet, but it will probably be a couple of pounds, I suppose.

On the other hand, I have a wisdom tooth growing in that may need to be removed, and I'm hoping that the toothfairy will be in an Old European Cut sort of generous mood that day...
Customer Service Associate
Diamonds by Lauren
http://www.diamondsbylauren.com/ 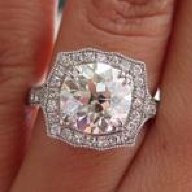 I'm not a parent or anything and have never been a tooth fairy but just wanted to add that when I was growing up, the tooth fairy would leave me a couple $1 coins along with a book. I LOVED the books, and I was always so excited for the book whenever I lost a tooth.

I had to have all but a couple of my teeth pulled as a child, so for pulled teeth the tooth fairy left me $1. The teeth I pulled on my own looted $5. My mom told me that the tooth fairy likes teeth you pull on your own because then she doesn't have to pay part of the big co-pay to the dentist to have them pulled.

Haven, that's so awesome! Your mom is funny!

We didn't get much..50 cents or something? I can't even remember.

London's first tooth netted her a hand made horse dress from Etsy..$28

Her second tooth hasn't gotten anything yet. She has a third one loose so..I better figure something out or I'll have the tooth IRS after me.

I think that is soooo cool you give them $2 bills! I don't see many of those!
Skippy

Well, my older son just learned the tooth fairy doesn't exist! He lost FOUR teeth in one month and I admit I forgot to put $ under his pillow after the fourth tooth was lost during sept lol Somehow that lead to him learning that the tooth fairy isn't real...

Oh, and this is pretty cool - we found a booth that sold little pillows shaped like teeth with a pocket and you put the tooth in the pocket and put that under the pillow. One time I forgot to take the tooth out so my son woke up and found $ and his tooth. lol

I always got silver coins (quarters, dimes) as a child, and that is always what I did for my kids. I just liked the idea of coins more than dollar bills. My kids lost their teeth relatively early, and they actually liked the coins better than dollars for a long time!
O

I always got $20 per tooth. My teeth have extremely long roots and I had to have about 8 baby teeth (and 4 permanent teeth) pulled so it was kind of traumatic. I guess my parents felt sorry for me. I also need my impacted wisdom teeth cut out... yay.

I still have the $2 bills I got from the tooth fairy...I used to get all kinds of stuff, $2 bills, silver dollar coins, kennedy 1/2 dollars, etc...

I once woke up after losing a tooth and had a nickel in a bandaid that I had on my foot. That's sort of gross to think about now - germy money on a wound - but I was so amazed at the time! I bet it wasn't a real cut anyway, considering how kids like to put bandaids on anything.
You must log in or register to reply here.
Share:
Facebook Twitter Reddit Pinterest Link
Be a part of the community It's free, join today!
JEWELRY BLOG