Thoughts on this stone? I think it looks amazing on James Allen website.

The ASET has some large black spots that are somewhat troubling, but I am certainly no expert.

Any advice is appreciated! 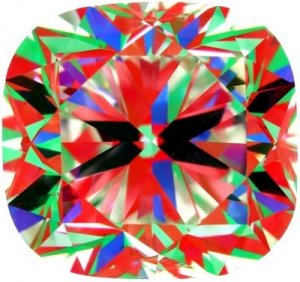 It's lovely. Black is same as blue. It's nothing to worry abljt in this context.

Yes, I think I am probably going to pull the trigger on this one. I know she (and I for that matter) like the 8-main faceting and this is the first one I have seen within her target specifications and my target budget. I was originally shooting for less than 35k, but willing to stretch a bit for this as I think she will really like it.

Setting wise, she just wants a simple platinum solitaire band as she doesn't want to take anything away from the *relatively* large stone. Non-cathedral style. Ultimately she wants a full eternity wedding band, and I think when she has tried on samples she enjoyed the contrast of the eternity band against the plain engagement band. I haven't decided on doing knife edge vs more traditional. Thoughts?