Help Me Evaluate My Inherited Pearls 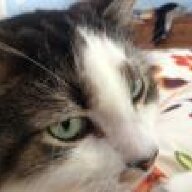 Hello! In my pearl earring thread it came up that I inherited a strand of pearls from each grandmother, and that I didn't even know if they were real and that I think one strand may have been switched out on me when I had it restrung recently. (Long story short, they had a very rosy cast to them, and when I picked them up that seemed to be gone. Also, they were supposed to be ready in a matter of days but the jewelry place jerked me around and I didn't get them back until at least a month had passed and it was very weird. This was a fast fix place at the mall ... I know, I know ... shoulda known better).

At any rate, a couple of y'all told me you'd have a look-see if I posted pics, so here they are: 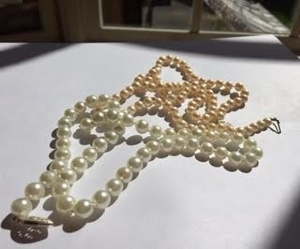 Here are the cream-ish ones that are longer (23" strand), and it looks like the original clasp is there: 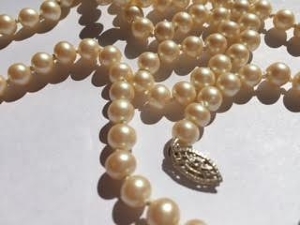 Here are the ones that I feel might have been switched out on me (that is a new clasp on that one): 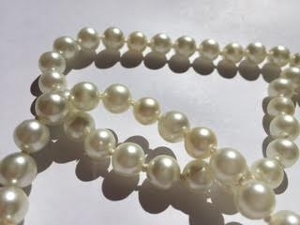 Thanks so much Pricescopers. Although I fear I've now been bitten by the pearl bug ... and will become obsessed with them.

Sorry but the pearls are too small in the photos to be able to see much of anything. Please take some close up shots, and include any flaws.
Get them as much in focus as you can.

Any way you can take pics in natural light? The high contrast between the pearl and their shadows is making it harder to assess the pearls. If you need to use a lamp, aim the camera straight down to reduce the dramatic shadows.

Alamana, Where in the South do you live?

I'm in VA, outside of DC. How did you know it was the south?

I'm in VA, outside of DC. How did you know it was the south?
Click to expand...

Maybe the "y'all" in your first post gave it away?

I'm in VA, outside of DC. How did you know it was the south?
Click to expand...

Maybe the "y'all" in your first post gave it away?

Oh, ha ha. Right. Well I picked that up in Texas when I was a little kid.

That was it. Welcome to the pearl forum.

Alamana, I would look online and search for a local jewelry store in your area who has a GIA gemologist on staff or a independent jewelry store that sells a large selection of good quality pearls with a bench jeweler on staff. More than likely either one can look at your pearls and give you a free evaluation if your pearls are fake or genuine cultured. They may not be able to tell you if they are freshwater or akoya depending on the person you find. I would ask several. The sales clerk more than likely will not be of any help.
You must log in or register to reply here.
Be a part of the community It's free, join today!
Jewelry Blog