I've loved cowboys for years, but here's another reason.

I've copied the story below, but hopefully you can watch the video in the attached link. This cowboy's accent and humble demeanor are as cute as he is; just sayin'.

Cattle rancher Robert Borba was in a Walmart parking lot in Oregon this weekend when he suddenly heard someone yelling about a stolen bike.

“I hear a lady screaming ‘Stop him! He stole my bike!'” he said.

He could see the woman chasing the alleged thief along with several other people, but none were fast enough to catch him. So that’s when Borba decided to go full cowboy. He brought his trusty horse out of its trailer, saddled up and quickly charged toward the culprit, swinging a lasso over his head (yes, this really happened). Once he was in range, he tossed the rope over the man, tightened it around his ankles and brought the thief to a sudden thud.

Which means this crook was officially wrangled.

Borba kept the man tied up until police arrived. It’s unclear what charges he’ll face, but the bike’s owner was just happy to have her ride back.

As for the cowboy, his children now call him a “superhero.” You can learn more about this story in the video above.
"We can complain because rose bushes have thorns, or rejoice because thorn bushes have roses." Abraham Lincoln

I saw this story and I loved it. What a cutie too!

What others think of me is none of my business.

Love this!
The first fondle is free. (Posted just for you Monnie!) 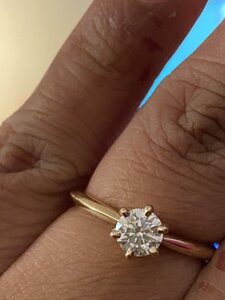