I have a friend of a friend that is a Diamond wholesaler, they distribute the diamonds to jewelry stores.

Should I expect the prices to be much much lower than what Jewelry stores prices are?

Possibly. Some mark the prices way up when dealing with privates. Be sure to do your homework and price out some things here from the pricescope list of diamonds so that you have an idea of appropriate pricing before you go. Then you can check pricing again after you meet to verify that he is indeed giving you the ''friend''s" price. If he is, then voila, you have the best of both worlds, a great price AND the ever important ability to actually see the stone prior to purchase.

here is kind of what I''m Looking for. Do you think I could possible get something like this much cheaper?
1.5 ct 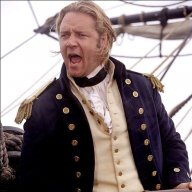 I agree with Wink. It''s possible, but you still have to do your homework and get a feel for what retail prices are in the range you''re looking at. Just because he''s a "friend of a friend" doesn''t mean you don''t need to be careful.

It''s impossible to answer questions about specific stones, because none of us know what this guy may have in stock, or what he may specialize in.
R

We had the same scenario when we first started looking. He always wanted to meet us at a bar or somewhere during night time where it was kinda dark to view the diamond. We met him at his home and asked to see a loupe. He gave us one but said here take a look at it over there in the corner by the desk. It was kinda of dark and he kept talking a lot while I was looking at it. Tried to distract me. What we learned that his prices were way below any B&M store and the quality seemed to be a bit higher then any store, however he couldn''t show us diamonds that were AGS or GIA from the USA. Only diamonds from another Country, which spooked us! Rounds were about $2,000 cheaper. Princess cuts were around $4,000 cheaper then stores. He requested cash payment which scared us because if we gave him cash and found the stone to be worthless or not the same grade as the cert - there was no guarantee. It was so tempting to use him, but overall we decided not to for the fact of a lot of the stones were EGL graded from other countries. We also were introduced to a whoelsaler that sells directly to the Green Bay Packers. His "wholesale pricing" was about 10% above B&M! Then we found Pricescope. SO far SMOOTH SAILING

Now you are asking us to do your homework, then if you are not happy you will be able to blame us...

You need to study the proportions of the stone, whether or not the use of a GIA certificate will justify the use of the word Ideal in the cut grade that is given (The GIA top grade is excellent, ideal is the term used by AGS) and whether or not you think that stone will meet YOUR expectations.

These are questions that only you can answer, and only after you have spent some, or many, hours searching and studying the incredible quantity of knowledge here.

In addition, vendors here are specifically not allowed to comment on another vendor''s stones, so we can not give you the answers that you seek. This is a good policy as it avoids vendors bad mouthing the stone of another just to create questions in the mind of the consumer. We can give you guidelines about what we like, buy you have to do the work and make the decisions.

ah, a freind of a friend. if this person sells to the public, he is a diamond retailer. he may also sell to stores, but it doesnt change the fact that he is a retailer.

I have had 2 friends tell me about the diamonds they bought form "people in the biz". One guy had a future father in law who''s friend was a "diamond broker" He did get a beautiful stone, and only paid about the same i paid for my slightly better, larger stone, which i purchased online (GoG) 3 years after he did, so we could adjust for inflation on that one.
Another friend bought his stone roughly the same time I did, and we proposed about the same time, so natually we talked diamonds. he "knew this diamond broker out in west county" acting like he was on the inside of the trade or something. Again, same price I paid, but a 1/4 ct smaller, cut wasnt quite as good, color was the same, clarity wasnt quite as good.

both my friends paid much less then a chain retailer/mall store. neither got the best deal they could have by doing some more research.

diamonds are a commodity, prices are fixed based on grades, and no seller is going to take a loss unless its for a family member, as a gift. all we can do as consumers is try to find the best stone with the smallest mark-up we can.
N

The guy is a hasidic jew though and works out of brooklyn. He supposedly only sells to jewelers, and only does favors for people that he knows. I''m just asking what you guys think I should expect to pay, much lower or not really much lower.
A

i think you are doing this backward.. you should see what he has to offer, WRITE DOWN the specs, and then come find comparable stones to see what they cost, then you know what your getting for the money.
be sure to also talk to this person about any possible return policies and trade in/up policies

on a side note, I am not sure what this guy''s religious beliefs has to do with anything.
N

Thanks, that is actually some good advice...i guess your right that him being hasidic doesnt have anything to do with it. I guess i just think being real religious is a reflection on ones character(a good thing usually).

Date: 4/5/2007 3:06:02 PM
Author: avlis
i think you are doing this backward.. you should see what he has to offer, WRITE DOWN the specs, and then come find comparable stones to see what they cost, then you know what your getting for the money.


on a side note, I am not sure what this guy''s religious beliefs has to do with anything.
Click to expand...

Totally agree, I''m Jewish, does that mean that I must have good deals on diamonds? No. Be careful of stereotypes, they''ll get you in trouble.

Many people have horror stories (just do a search on here) for buying from a "friend of a friend". Use your best judgement and follow avlis''s advice.

Date: 4/5/2007 3:15:02 PM
Author: noob529
Thanks, that is actually some good advice...i guess your right that him being hasidic doesnt have anything to do with it. I guess i just think being real religious is a reflection on ones character(a good thing usually).
Click to expand...

Unless you''re Jim Bakker, former well known televangelist and convicted felon.
Be careful. Everyone seems to "have a friend" in the diamond business but some
folks have trouble finding the "friend" after the sale is made.