Blessed by the Catholic Church??? 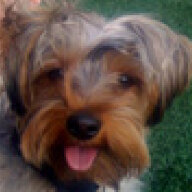 I know there''s another thread on here about Catholic church weddings, but I had a different question so, I thought I''d start my own thread.

Does anyone know anything about having your marriage blessed by the Catholic church? I''m Catholic and my FI is not - he''s actually not really religious. So, we decided to not have a Catholic wedding and just have an outdoor ceremony. I barely go to church so, it made sense for us, but I''d still like to have my marriage recognized. I live in NYC and would have to call the Archdiocese of New York - I''m also scared because of the fact that I don''t go to church here in the city (only on X-mas and Easter at the church in my hometown) and he''s not a religious person so, I''m nervous about what they are going to say! Anyone ever had this experience?

Yes, I am a Protestant and Hubby is a Catholic. We had a church wedding, neither of us were church goers, but we were able to marry in my parish church, we also had a Catholic priest give us a blessing as part of the ceremony. It was fine and something we were very glad we did, I think you will be welcomed by the church and I wouldn''t worry - I am sure they will be pleased to help you.
Pricescope Prosumer

The priest who married us mentioned doing this for his cousin, who is Catholic, and cousin''s wife, who is Episcopal, had been married before, and had to have her first marriage (outside of the Catholic Church, no children, etc) annulled. They were married in an Episcopal Church prior to all of her Catholic annullment paperwork going through, so after the wedding they had their a blessing ceremony, I believe it''s called a Nuptial blessing or something like that.

Gwen Stephani had this done too.
L

I am Catholic, and fi is not particularly religious. I''ve looked into this, since I very much wanted an outdoor wedding but alas, not if I want a Catholic ceremony. Main reason I want Catholic is that my best friend''s dad is a Catholic deacon and like a dad to me, so we very much want that personal connection to the officiant.

What I learned is that the Catholic "blessing" would essentially amount to the same thing as if you had gone thru with the Catholic ceremony to begin with. Same meetings with priest, same pre-cana, and I believe it is done at a ceremony, but could be mistaken on that part.

We are going to do a vow renewal for one of our earlier anniversaries so that I can have my outdoor ceremony fix!!


What I learned is that the Catholic ''blessing'' would essentially amount to the same thing as if you had gone thru with the Catholic ceremony to begin with. Same meetings with priest, same pre-cana, and I believe it is done at a ceremony, but could be mistaken on that part.
Click to expand...

That would be correct- Marriage is a sacrament, and the blessing is the adminstering of the sacrament of Marriage outside of the wedding if you would.