Sorry if this has been posted - I can't bring myself to go through all of the threads about this topic, it's just so disgusting even thinking about it. I found some comfort in this letter, though, so I thought I would share it here. Link above, pasted below:

Well the world changed late last night in a way I couldn’t protect us from. That’s a terrible feeling for a father. I won’t sugarcoat it—this is truly horrible. It’s hardly the first time my candidate didn’t win (in fact it’s the sixth time) but it is the first time that a thoroughly incompetent pig with dangerous ideas, a serious psychiatric disorder, no knowledge of the world and no curiosity to learn has.

And it wasn’t just Donald Trump who won last night—it was his supporters too. The Klan won last night. White nationalists. Sexists, racists and buffoons. Angry young white men who think rap music and Cinco de Mayo are a threat to their way of life (or are the reason for their way of life) have been given cause to celebrate. Men who have no right to call themselves that and who think that women who aspire to more than looking hot are shrill, ugly, and otherwise worthy of our scorn rather than our admiration struck a blow for misogynistic shitheads everywhere. Hate was given hope. Abject dumbness was glamorized as being “the fresh voice of an outsider” who’s going to “shake things up.” (Did anyone bother to ask how? Is he going to re-arrange the chairs in the Roosevelt Room?) For the next four years, the President of the United States, the same office held by Washington and Jefferson, Lincoln and Teddy Roosevelt, F.D.R., J.F.K. and Barack Obama, will be held by a man-boy who’ll spend his hours exacting Twitter vengeance against all who criticize him (and those numbers will be legion). We’ve embarrassed ourselves in front of our children and the world.

And the world took no time to react. The Dow futures dropped 700 points overnight. Economists are predicting a deep and prolonged recession. Our NATO allies are in a state of legitimate fear. And speaking of fear, Muslim-Americans, Mexican-Americans and African-Americans are shaking in their shoes. And we’d be right to note that many of Donald Trump’s fans are not fans of Jews. On the other hand, there is a party going on at ISIS headquarters. What wouldn’t we give to trade this small fraction of a man for Richard Nixon right now?

So what do we do?

First of all, we remember that we’re not alone. A hundred million people in America and a billion more around the world feel exactly the same way we do.

Second, we get out of bed. The Trumpsters want to see people like us (Jewish, “coastal elites,” educated, socially progressive, Hollywood…) sobbing and wailing and talking about moving to Canada. I won’t give them that and neither will you. Here’s what we’ll do…

…we’ll f*cking fight. (Roxy, there’s a time for this kind of language and it’s now.) We’re not powerless and we’re not voiceless. We don’t have majorities in the House or Senate but we do have representatives there. It’s also good to remember that most members of Trump’s own party feel exactly the same way about him that we do. We make sure that the people we sent to Washington—including Kamala Harris—take our strength with them and never take a day off.

We get involved. We do what we can to fight injustice anywhere we see it—whether it’s writing a check or rolling up our sleeves. Our family is fairly insulated from the effects of a Trump presidency so we fight for the families that aren’t. We fight for a woman to keep her right to choose. We fight for the First Amendment and we fight mostly for equality—not for a guarantee of equal outcomes but for equal opportunities. We stand up.

Roxy, I know my predictions have let you down in the past, but personally, I don’t think this guy can make it a year without committing an impeachable crime. If he does manage to be a douche nozzle without breaking the law for four years, we’ll make it through those four years. And three years from now we’ll fight like hell for our candidate and we’ll win and they’ll lose and this time they’ll lose for good. Honey, it’ll be your first vote.

The battle isn’t over, it’s just begun. Grandpa fought in World War II and when he came home this country handed him an opportunity to make a great life for his family. I will not hand his granddaughter a country shaped by hateful and stupid men. Your tears last night woke me up, and I’ll never go to sleep on you again. 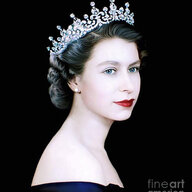 This is one of the most passionate & simultaneously sad letters I have a ever read, and I'm not in America. Clearly there is fear over there right now.

Pretty much the entire population of the UK were stunned at the election of Trump. Obviously we are drip fed information by the media over here, but what we saw from his interviews & campaigning was enough for us to think "Hell will freeze over before this bloke becomes President...."

Seeing the determination in this letter is beautiful. As, incidentally, was the article I read yesterday which believes Trump will either be impeached or assassinated before his term is up.

Pretty much the entire population of the UK were stunned at the election of Trump. Obviously we are drip fed information by the media over here, but what we saw from his interviews & campaigning was enough for us to think "Hell will freeze over before this bloke becomes President...."

Seeing the determination in this letter is beautiful. As, incidentally, was the article I read yesterday which believes Trump will either be impeached or assassinated before his term is up.
Click to expand...

I know it sounds cliche, but it was truly a shock to MANY of us. No one that I'm aware of was predicting this. Thank you for your support. I cringe when I think of how the world is looking at us. It makes me feel like I need to apologize on our behalf, but then that makes me angry because this certainly wasn't anything I wanted or voted for! And many of the people who do want it would likely be furious at the very thought of apologizing on their behalf...if that makes sense.

It is heartbreaking for so many Americans. I think this letter resonated with me because A) I needed the strength and reassurance in it. My own family is strongly Republican; I was born and raised in the Deep South, my family goes back multiple generation on both sides there. I am the anomaly. My parents, uncles, aunts, cousins, etc etc almost all voted for him (they live in red states so I expected that). It's hard when you don't agree with your family on virtually anything politically or religiously. I will get no reassurance there; in fact my parents sent taunting texts to my family (me/DH) when it became clear what was happening. And don't think they are the "oppressed down trodden" people the media portrays Trumpers as. They are 1%ers. My mother has multiple college degrees, as do my aunts, uncles, etc. my father is very successful. So you can't say that they have suffered in any measurable way, yet interestingly, THEY THINK THAT THEY HAVE. They are white successful people. It's so hard for me to grasp their perspective.

I married a liberal Yank who shares *my* perspectives (who interestingly has served in the military and comes from a strong military background - so he has a deeper perspective than the average Joe, IMO). We are raising liberal minded sons, and that brings me to: reason B of why this letter resonated - it was heartbreaking to tell my children that he had won. My 9 year old son was in tears. They have been incredibly interested in this election, and in fact they watched hours and hours of election coverage, including the debates, etc - leading up to watching most of the election night coverage. My 12 year old grasped what was happening so I didn't have to explain quite as much, but my younger son is a 3rd grader, and while he's very bright, he didn't fully understand our electoral process, etc. It was difficult to explain to him how this could happen. I had been so certain it wouldn't happen, and he had definitely absorbed my certainty.

Anyway. Thanks for letting me unburden myself here as I begin to try to come to terms with what has happened, and how I'll find perspective in it all. I know I have to move forward and I'm sorry if this is overly dramatic. It's just been so hard to take in.

Either will strengthen his supporters and his shit-message.

Again the problem isn't Trump.
The problem the Americans who voted for him.

He just deftly exploited these stoopid stoopid Americans to inflate his ego-power-thingie even more.

This billionaire will become a trillionaire.
Rah Rah Rah!

Either will strengthen his supporters and his shit-message.

Again the problem isn't Trump.
The problem the Americans who voted for him.

He just deftly exploited these stoopid stoopid Americans to inflate his ego-power-thingie even more.

This billionaire will become a trillionaire.
Rah Rah Rah!

I never looked at it like this, Kenny, and you're right. But wouldn't removing him somehow lessen his radical opinions? Nobody else would surely step up & echo his words & implement his proposals, which are quite frankly shocking and bizarre to us British people? But then again, "we" voted Brexit, so.....

On a positive note, if there is one (but I'm trying to see a glass half full because there is no choice) he is an experienced businessman. Doesn't that count for something? I have said for many years that a business person here in the U.K. needs to take over the running of our NHS healthcare system, because the medical establishment running it are making poor, poor financial decisions. The head teacher of my daughters Primary School is a business woman, and she has an outstanding little school that is the 9th best performing Primary School in the entire UK